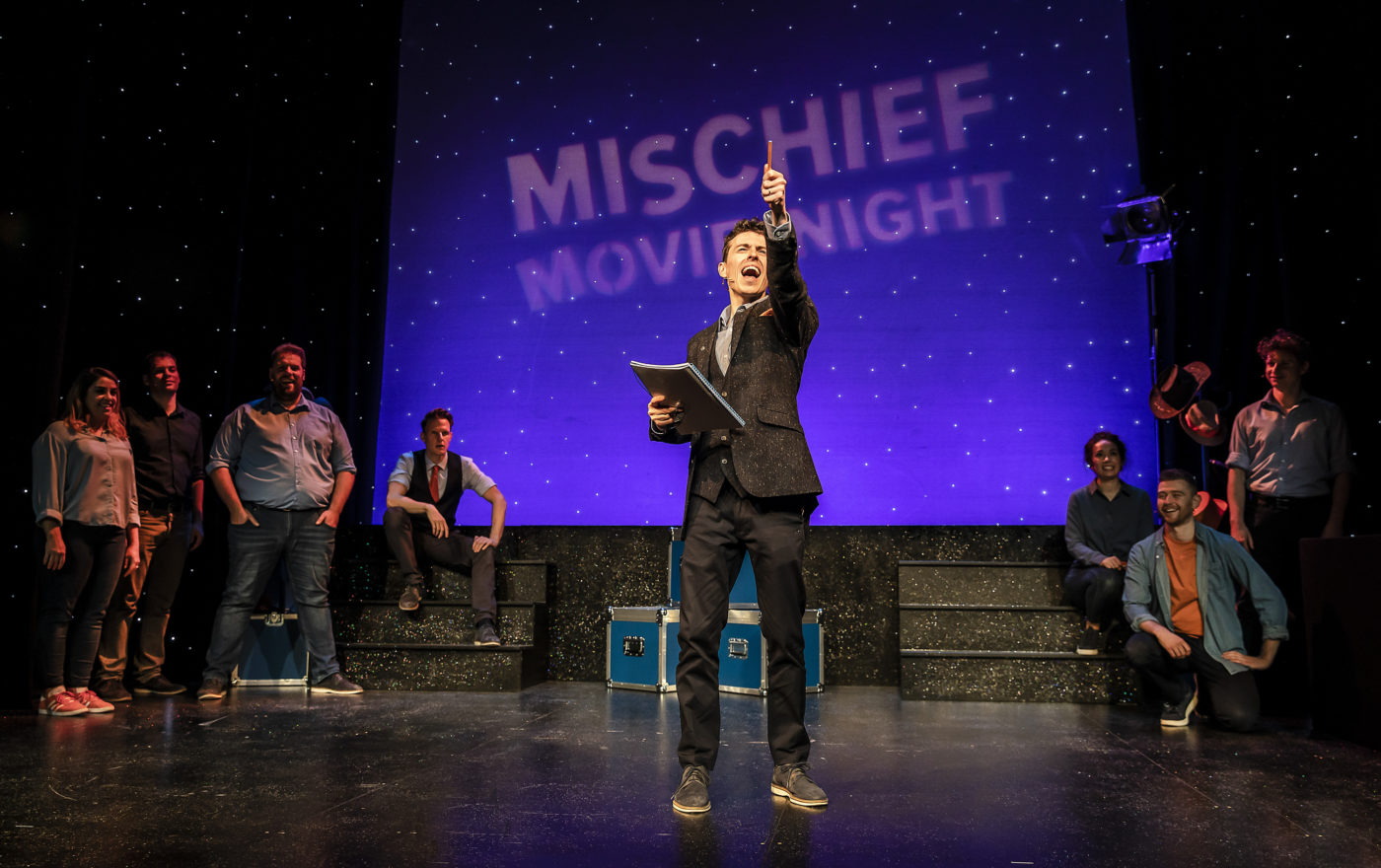 Over the past few years since I moved to London, indulging in live theatre has become a big passion of mine, thanks to the wide variety of shows on offer and the increasing availability of audio described performances. It’s allowed me to access and explore a world of delights that I had never been able to so extensively before. So it was a big step back to have that access revoked when everything closed down.

Out of necessity and generosity, a lot of theatre shows have since been streamed online, which has helped to fill the gap. Some have even been free of charge. It’s given audiences the unique opportunity to see productions from around the country and across the world, which is fantastic. I’ve enjoyed some of them myself.

However, they can never fully replace the magical atmosphere of being there in person, and I really miss that connection with the performers on stage and the people around me in the auditorium. And a lot of online shows haven’t had audio description either, meaning I’ve had to manage as best I can without it, inevitably missing details in the process, or avoid them altogether if they’re too difficult to follow.

But thankfully a few shows have had audio description, which has really helped me to get the most out of them. And one recent example involved a significant amount of audience interaction as well.

Mischief Theatre are experts in chaotic comedy, having already had much success with The Goes Wrong Show on TV, and theatre productions including The Play That Goes Wrong, Peter Pan Goes Wrong, Magic Goes Wrong, The Comedy About A Bank Robbery and Groan Ups.

But it was another of their shows that made the transfer from stage to screen over Christmas, when they launched Mischief Movie Night In. And it became so popular they did further performances during January and February, with 26 shows in total.

Every show was live and completely improvised, with the audience deciding the themes, locations, characters, titles and other details of each story, and the cast would build on them, always with hilariously farcical results. The director of each show would talk to some audience members on a special Zoom panel to get their ideas, while the Mischief team interacted extensively with all of their followers on social media to gather suggestions and feedback. So everyone was made to feel like they were part of the experience and the production.

And the final show had audio description. Which came as a surprise to me, as I had assumed it would be very difficult or even impossible for an entirely unscripted show, especially one that goes in such crazy directions as this. But it actually worked out quite nicely.

Before the show began we were able to listen to a description of the studio, which gave us a good sense of the layout, including the stage, the musicians, the director’s corner with the Zoom panel, and the entrance staircase where the director first appears.

We then watched a pre-recorded virtual tour, where each member of the cast introduced themselves, described what they were wearing and demonstrated some of the different voices they might be using. The 2 musicians also took part, again describing their appearance before demonstrating a few of the sounds they might play using their keyboards. It was wonderful that they all took the time to do that, it was very useful.

Then came the show itself. As dictated by the audience, Fraud of the Blings was a fantasy film set in a winter wonderland, with a Queen and a Princess who lived in a tower. The Queen owned a special necklace that brought warmth to the kingdom, and she had magical powers to make any objects come to life. There was also an Ice King who shouted out of the window about how lonely he was, and falsely believed his body parts were special powers. Plus there were hobbits born from rabbits, a song with a yodelling chorus, and an executioner who became a cheerful singing rainbow. It all sounds bizarre, and it was, but by Mischief standards it was par for the course!

And, impressively, audio describer Willie Elliott managed to keep up with the strange and rapidly evolving plot, interjecting at convenient moments to tell us what props were being used, who was talking, how people were moving and dancing, and so on. He perhaps couldn’t say quite as much as he might in a scripted show, but nevertheless he was able to regularly convey important bits of information that we needed to understand what was happening.

So I’m delighted that Mischief got together with VocalEyes to make the show accessible, thus enabling visually impaired people to discover what all the fuss was about. I enjoyed being part of such an inclusive and very funny experience, it was just the sort of escapism we needed during the winter lockdown. And I would certainly try AD again for other improvised shows in the future if the opportunity arose.

Glen Turner is a visually impaired blogger and Youtuber based in London.

Image description: A production shot from Mischief Movie Night In, with actor Jonathan Sayer as Oscar in the centre of the stage, surrounded by the rest of the cast.