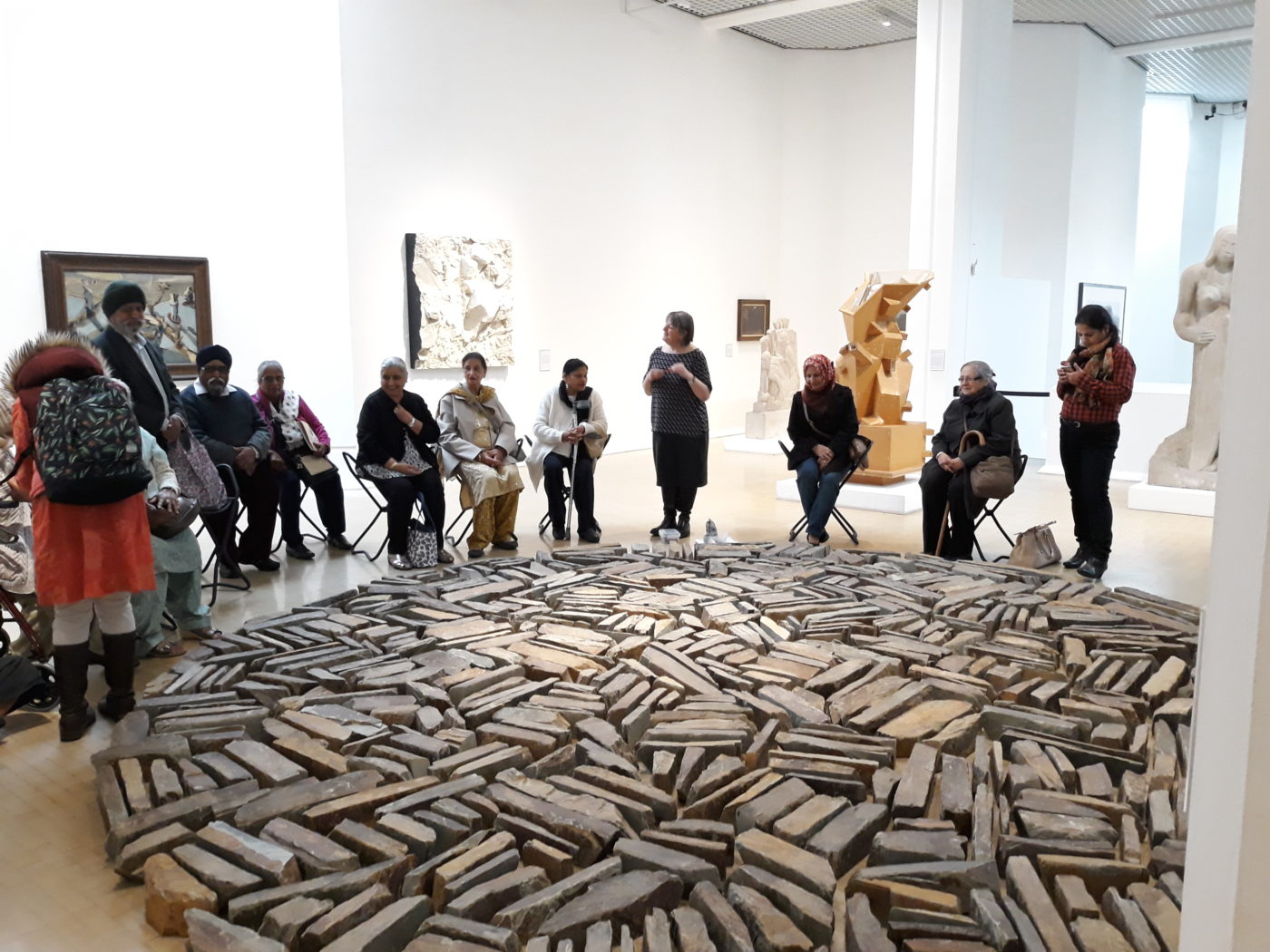 Art UK Sculpture was a national, four-year project, culminating in 2021, to document and increase access to the UK’s publicly-owned sculpture. As project partners, VocalEyes worked with museums and galleries across the UK, delivering audio description training for staff and volunteers, running accessible, creative workshops for visitors with sight loss, and co-producing a set of recorded audio descriptions.

We collaborated with 25 museums and galleries to create audio descriptions of standout sculptural works from their collections. With guidance for selecting their work and writing description, each venue produced scripts, which we helped hone, then record. The result is a rich set of descriptions representing a diversity of regions, artists, eras and mediums, which we hope will further develop connections between audiences and museums and galleries across the UK. The full playlist is below and available on Art UK’s website.

North and East London, Estorick Collection, Medardo Rosso, Impressions of the Boulevard: Woman with a Veil, 1893