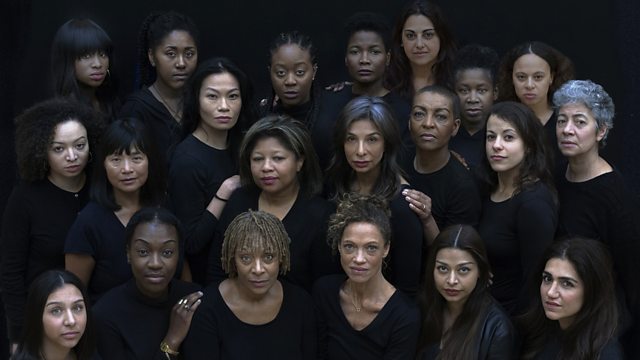 VocalEyes, in partnership with Royal Holloway, University of London, is running a research project exploring an important aspect of theatre audio description, and is seeking input from a wide group of people – users of AD, describers, actors and other theatre professionals anywhere in the world. We are interested in people’s opinions about when and how human characteristics, such as race, disability, age, body shape or gender, should be described in our practice.

The survey is now closed. We received responses from over 200 people, roughly equally split between audio description users, audio describers, and other theatre professionals. The research team will be analysing the results over the summer. There will be further interviews in the autumn. We’ve opened comments on this page if anyone wishes to begin a discussion about the subject.

[Image: The all women of colour cast of Shakespeare’s Globe’s Richard II, audio described by VocalEyes earlier this year]