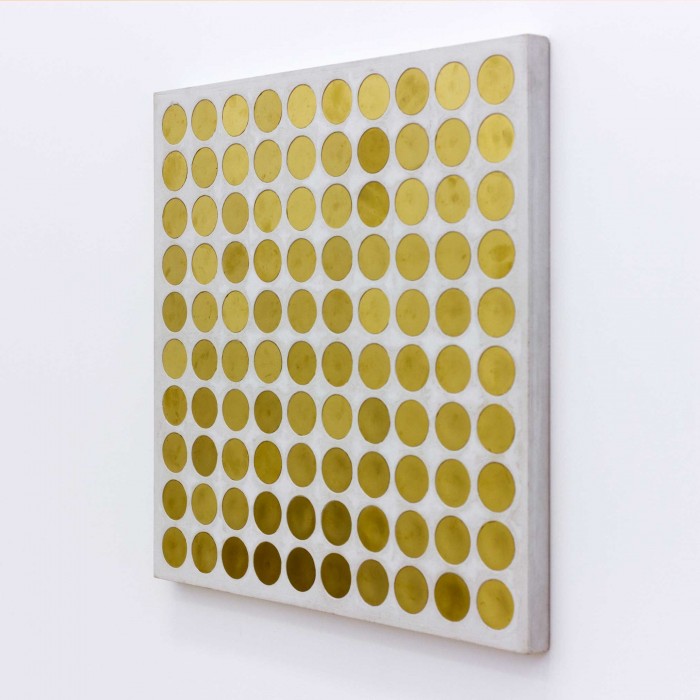 In this exhibition Sean Dower presents new, recent and older work installed in response to the spaces of Laure Genillard’s Gallery. Dower’s exploratory practice is grounded in a sculptural investigation of our three-dimensional experience of the world, where sound, light, film, performance, language and duration are as much a part of the vocabulary as objects or artefacts. The intangible or invisible also play a role and reminds us that the word ‘volume’ not only relates to mass and space but to sound and changes in air pressure. Dower’s work often draws attention to the interconnections between sound and sculpture. Traditional materials such as iron, quartz, copper and stone have electromagnetic properties and it is perhaps surprising to realise that these materials also mediate and mould the everyday sounds we hear.