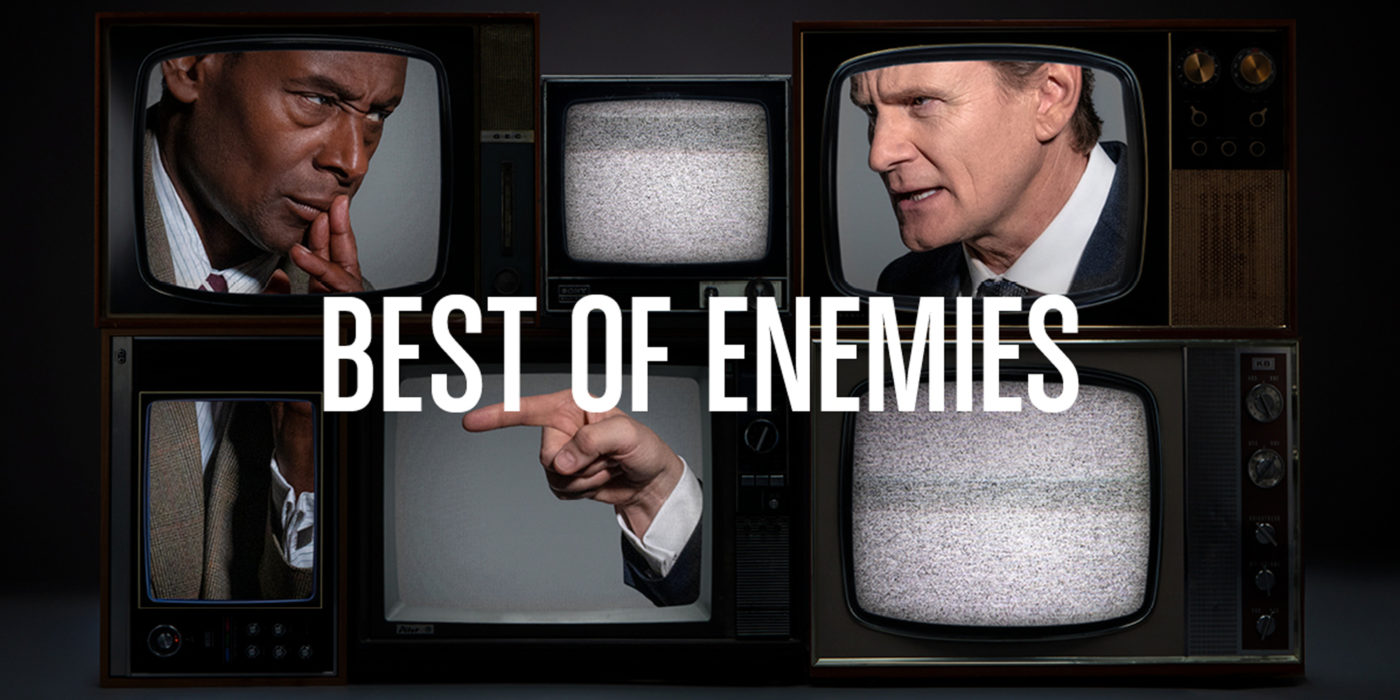 “A man should never turn down two things. Sex, and appearing on television.”

1968 – a year of protest that divided America. As two men fight to become the next President, all eyes are on the battle between two others: the cunningly conservative William F Buckley Jr., and the iconoclastic liberal Gore Vidal.

Beliefs are challenged and slurs slung as these political idols feud nightly in a new television format, debating the moral landscape of a shattered nation. Little do they know they’re about to open up a new frontier in American politics, and transform television news forever…

Best of Enemies is the bold new play by James Graham (Quiz, Labour of Love), directed by Jeremy Herrin (This House, People, Places and Things).

Inspired by the documentary by Morgan Neville and Robert Gordon.

Show warnings: This show contains themes of racism, homophobia and violence. There is occasional use of homophobic and racist slurs as well as misgendering. There are references to murder, antisemitism and frequent strong language.