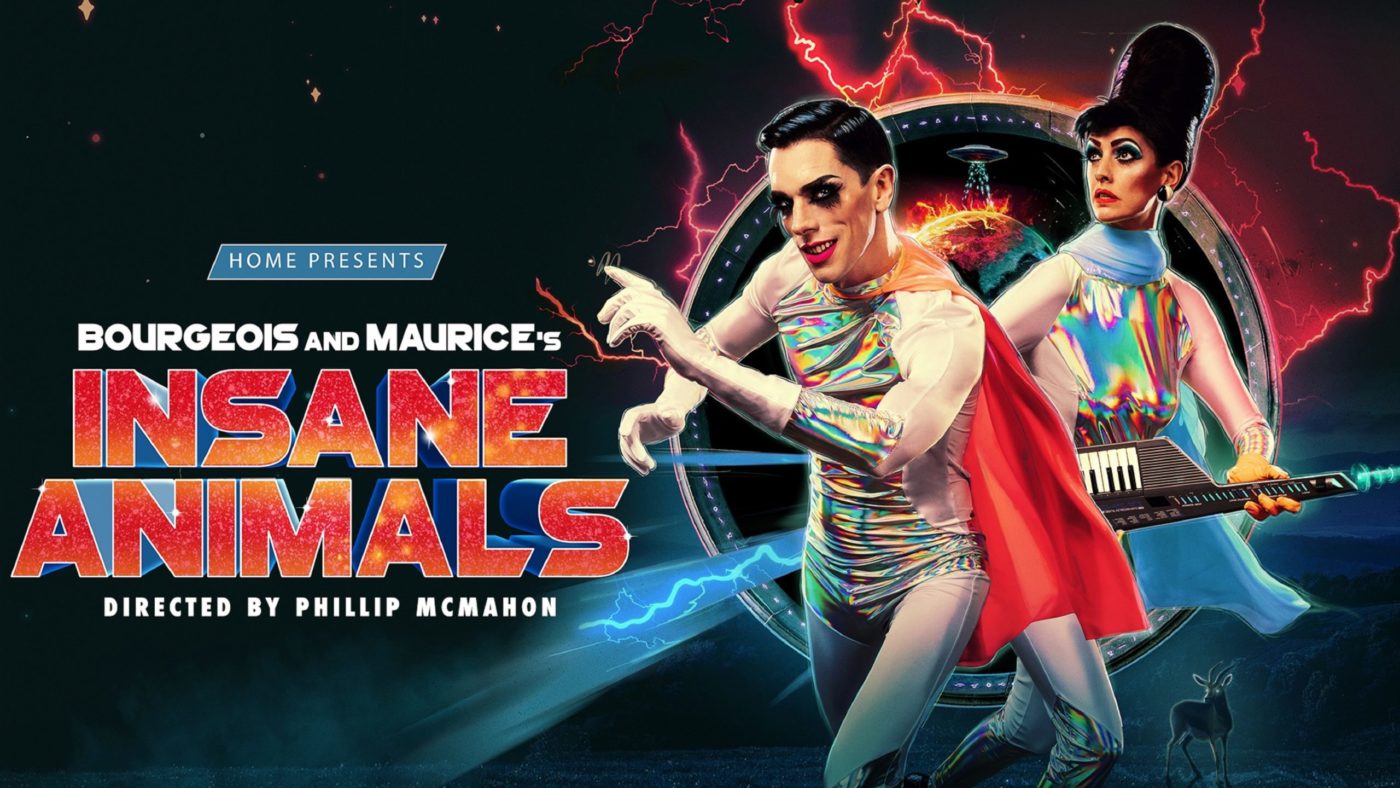 Making its world premiere at HOME, Insane Animals is an epic joyride from the dawn of civilisation to the sequinned near future. With the planet in chaos and humanity hurtling towards extinction, two hyper-glam aliens arrive on earth with a simple mission: to help the human species survive. But first they just have to figure out what makes humans human… how hard can it be?
This brand-new mind-bending, time-travelling musical comedy from “modern day music hall stars” (The Guardian) Bourgeois & Maurice is packed with songs that are satirical, sharp, side-splitting and salty, with a hero’s journey that is out of this world.

Cult cabaret duo Bourgeois & Maurice have racked up legions of fans around the world with their savage musical wit. This glittering production, directed by Phillip McMahon (of pop culture renegades THISISPOPBABY) sees Bourgeois & Maurice joined by a phenomenal cast of actor-musicians for a queer unravelling of past and present, fact and fiction, life and death. Held together with hairspray.

“It’s hard to think of any other act delivering such clever, funny and sharp material.” – Time Out

“Like something out of mars attacks! by way of east London nightlife, B&M have worked their way up from the capital’s alt-cabaret scene to become modern day music hall stars.” – The Guardian