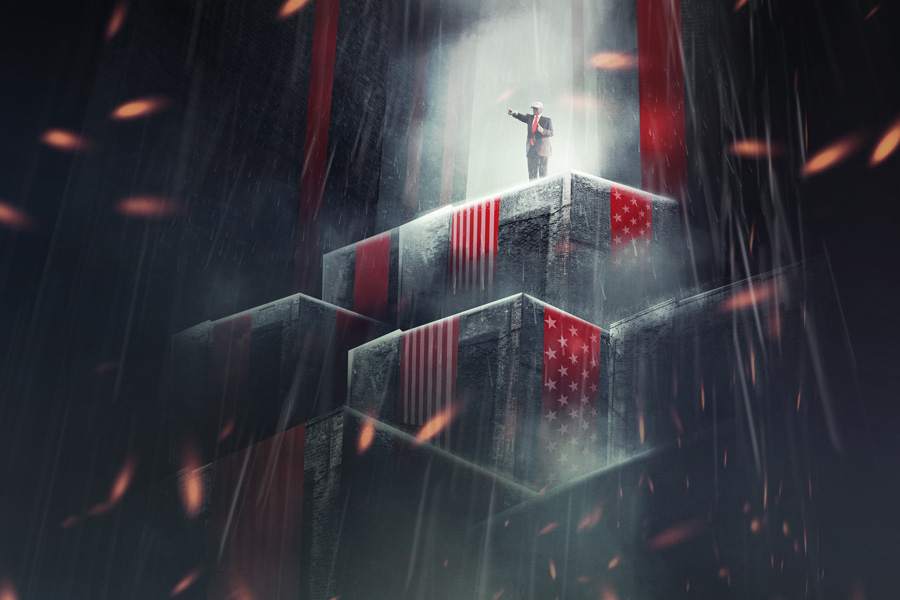 Park Theatre presents the UK premiere of Building the Wall

“Shit rolls downhill and the little guy takes the fall while the people who really set things in motion, they always walk. Always.”

2019, America. Rick is incarcerated awaiting sentencing for the crime of the century. He grants just one interview – to Gloria, an African American historian. In a world where history is written by the winners, Gloria wants a full account. Unfiltered. Direct from source.

Building the Wall examines what happens when an ordinary person becomes a cog in a regime and how the inconceivable becomes the inevitable.

The story has already begun. Is this how it ends?

Image Caption: A figure resembling the current President of The United States, wearing a black suit, red tie and cap and pointing ahead, stands a top four soviet style, stacked podiums, adorned with red banners bearing the stars and stripes of the USA flag, red banners falling around him. Ominous rainfall in the foreground.

Please note this is an audio described performance at an independent venue. Every effort has been made to ensure that these details are correct; however, please do double check with the venue for the availability of introductory notes and touch tours when booking. 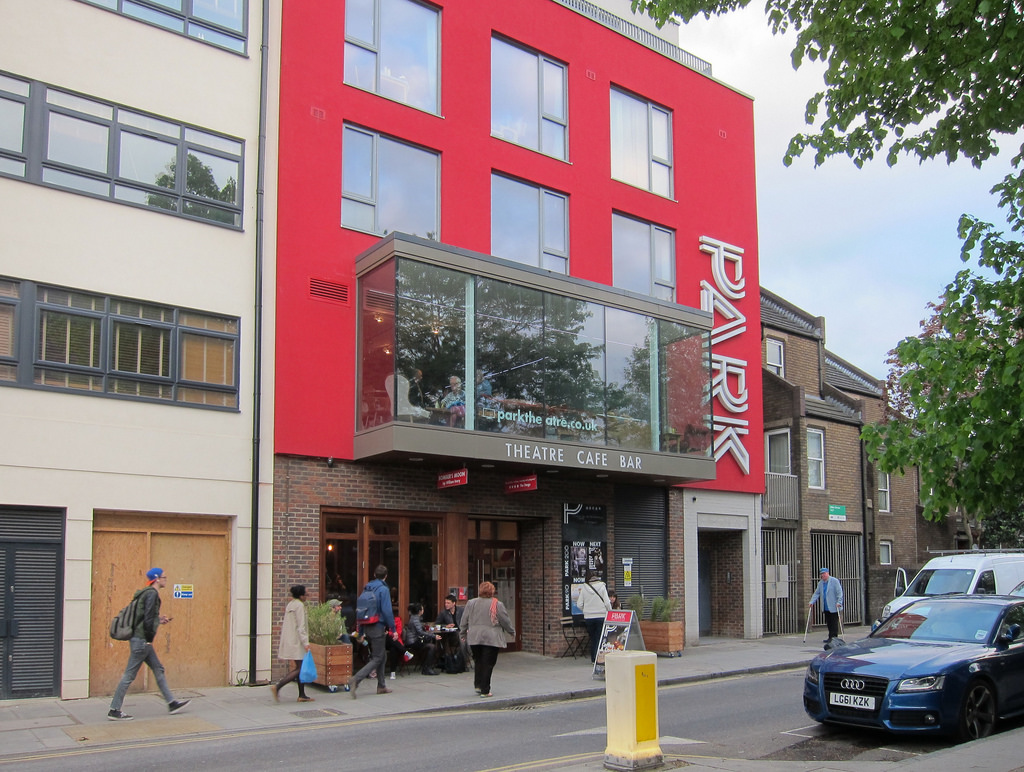