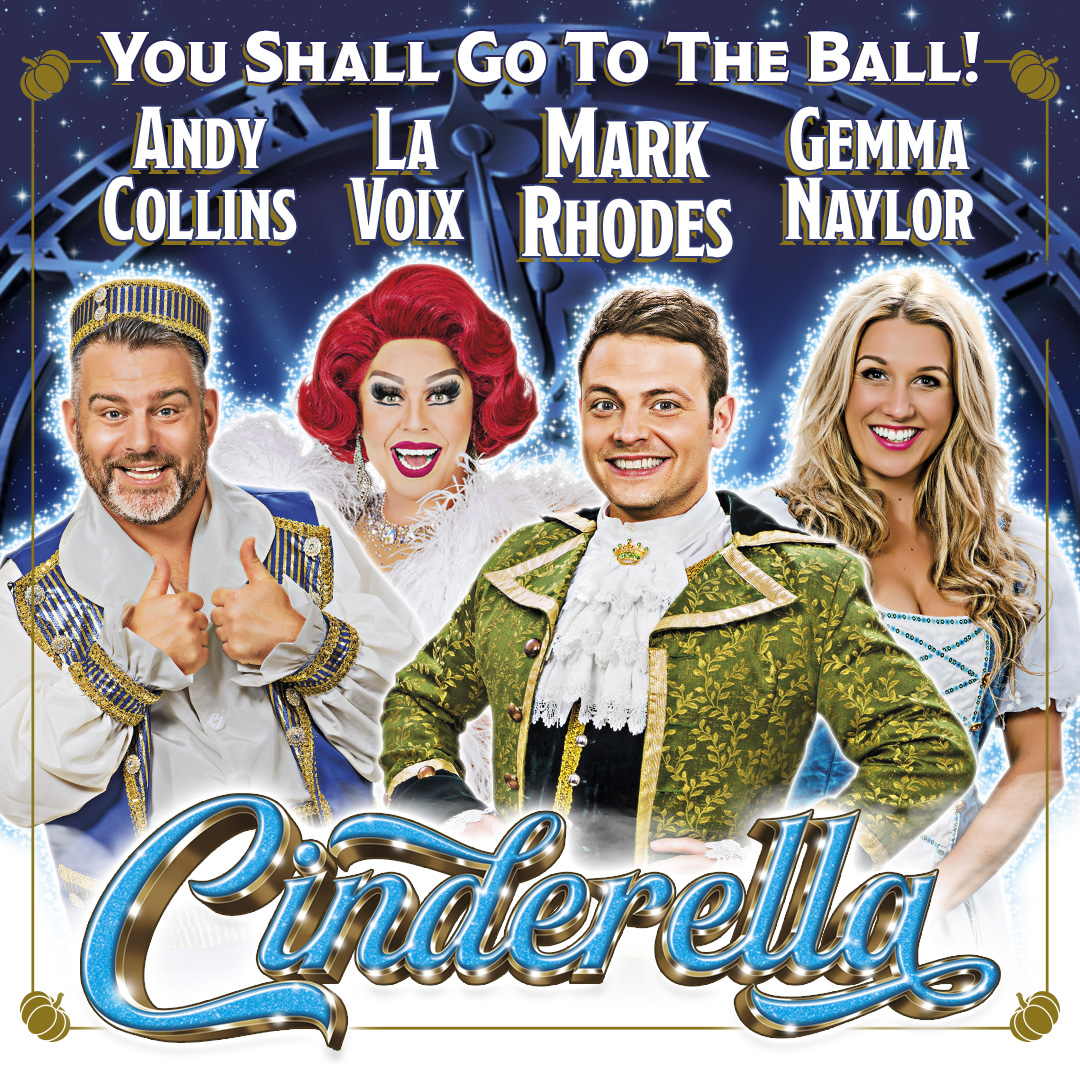 This most popular of fairy tales is heading to town with dashing Dandini, CBBC’s  Mark Rhodes (from Sam and Mark’s Big Friday Wind Up) playing loyal servant to the handsome prince, alongside stunning Cinderella AKA Gemma Naylor (Nick Jnr) and of course, panto favourites BBC 3 Counties’ Breakfast Show presenter Andy Collins and Britain’s Got Talent’s La Voix (or flamboyant Fairy Godmother to you!) They’re joined by Director Chris Nelson, ready to put his trademark spin on this year’s must-see family show.

Please note that the touch tour start time was brought forward at 11:30am after the introductory notes were recorded.

Event image: Andy Collins as Buttons is dressed in a blue and silver uniform and smiles as he holds up his two thumbs; behind him, La Voix as the Fairy Godmother is wearing a feathered cape and diamond necklace. Gemma Naylor as Cinderella smiles coyly and, in front, Mark Goodman as the Prince has his hands on his hips and a big smile to welcome us all. Beneath the characters, in a sparkling blue font, is the word Cinderella.