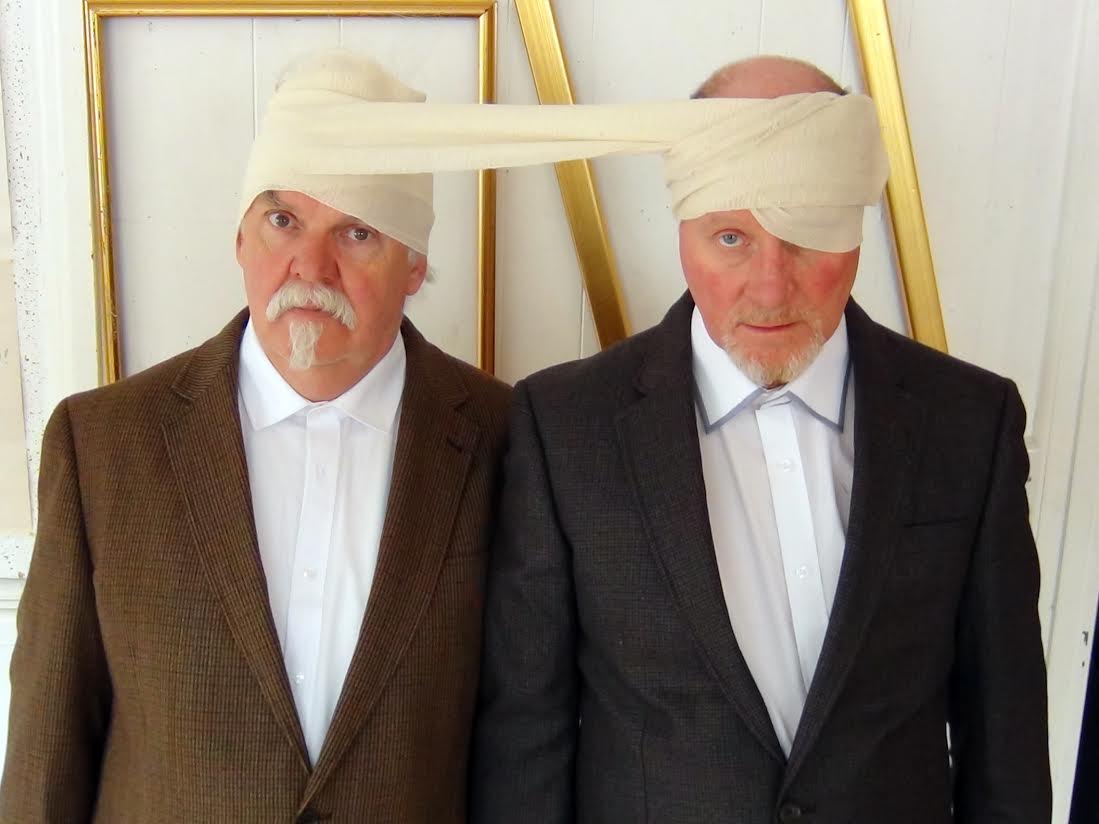 There will be an interval between the Show and the Film during which Introductory notes for the film will be read.

Slapstick and Slaughter attempts to confront the absurdity of war in just 40 minutes; two men using their bodies and voices and the surrealist toolbox of DADAism. Playful, physical and blackly comedic, Slapstick and Slaughter examines how the barbaric chaos of World War One manifested itself in the nihilistic, nonsensical art that grew from it.

Washed Up – a feature film. A bleakly comic study of a creative relationship in crisis. What drives two veterans of outdoor arts to keep making vital theatre when some days they are barely on speaking terms? The creative mechanics of Desperate Men’s fractious but fruitful partnership are laid bare, as they reflect on personal and collective mortality, ecological precarity and their unique legacy of desperation-A Rough Glory Films production.

The Desperate Men will be in The Black Swan Inn after the film and would love to see you and hear your thoughts and answer questions.

Ticket price of £3 includes the show and the screening.

If you have any questions about this event or would like support in booking a seat, please email [email protected]

Event image: Two men stand side by side in front two empty picture frames on a white wall. Despite being dressed smartly in suits, their heads are wrapped in one long bandage that joins them together. One man’s eye is covered by the bandage.