Nimble and breathless, outrageous and exhilarating, Donizetti’s late comic masterpiece pits two generations against one another in a musical battle of wits and wills.

Miserly old bachelor Don Pasquale vows to get married and cut his nephew Ernesto out of his will. But Ernesto and his beloved Norina set a trap, producing the perfect young wife who’ll make his life such a misery that he’ll do anything to be rid of her…

Donizetti’s ‘most Mozartean’ opera is the climax of a whole career – an uproarious domestic comedy that displays as much invention and sophistication as any of his mature tragedies. Cynical scheming meets true love in an intrigue that’s as tightly crafted as its score.

Full of sparkling solo numbers and dazzling ensembles, this fast-paced farce tumbles from laughter to love and back again in a second. There’s plenty of musical sweetness, but also a sharp edge to a comedy that cuts to the heart of human nature.

Event image: A chorus of ten women, each dressed in white with a open fan held at her chin. They wear powdered wigs and heavy chalky makeup, and sing as they watch with delight at what is happening on stage. Photo credit: Bill Cooper. 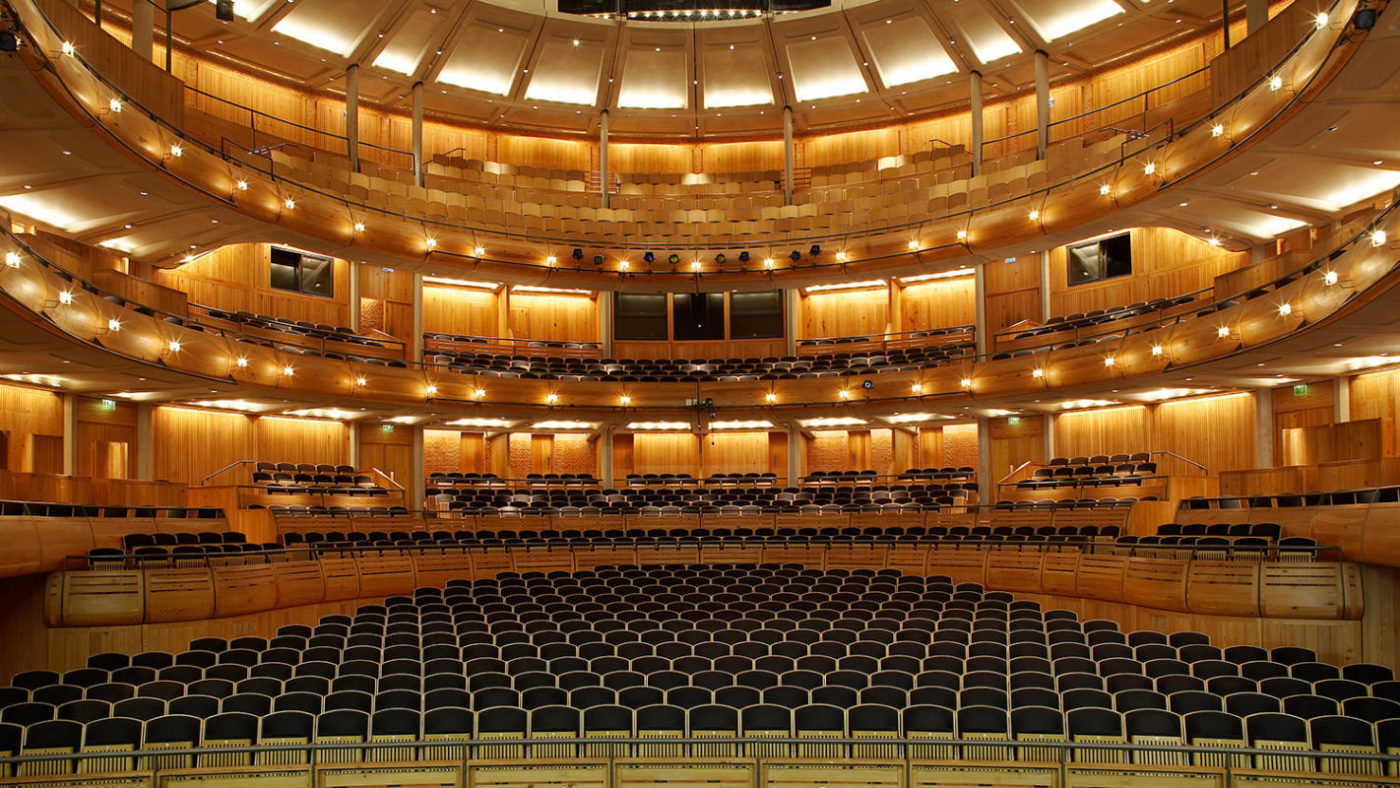