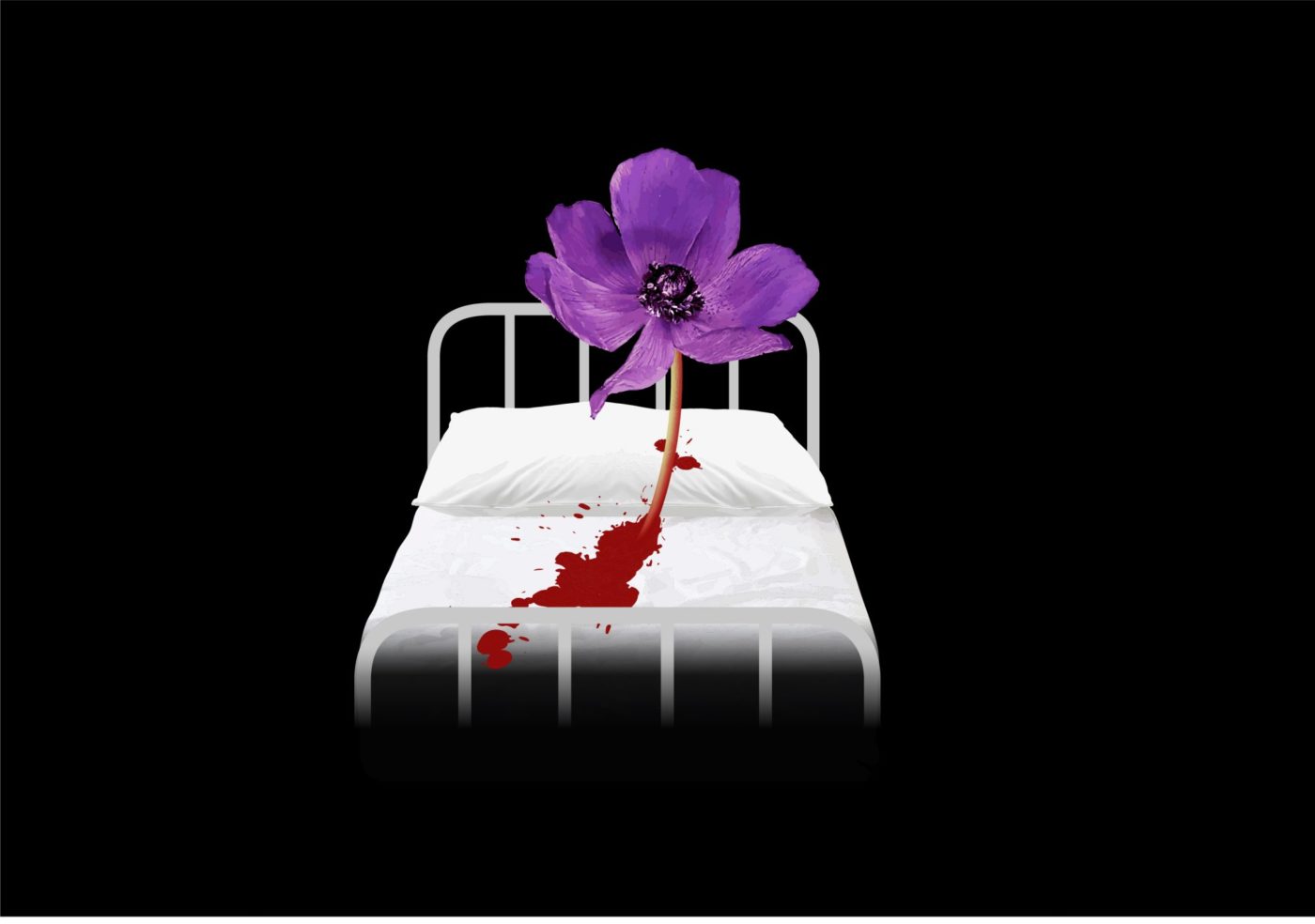 Integrated audio description throughout the performance.

If you are unable to attend the performance in person you can also book a ticket for a livestream of the event. Book now on Eventbrite.

Event image: A purple flower growing out of a white hospital bed, a splatter of red blood on its sheets. The background of the image is all black.