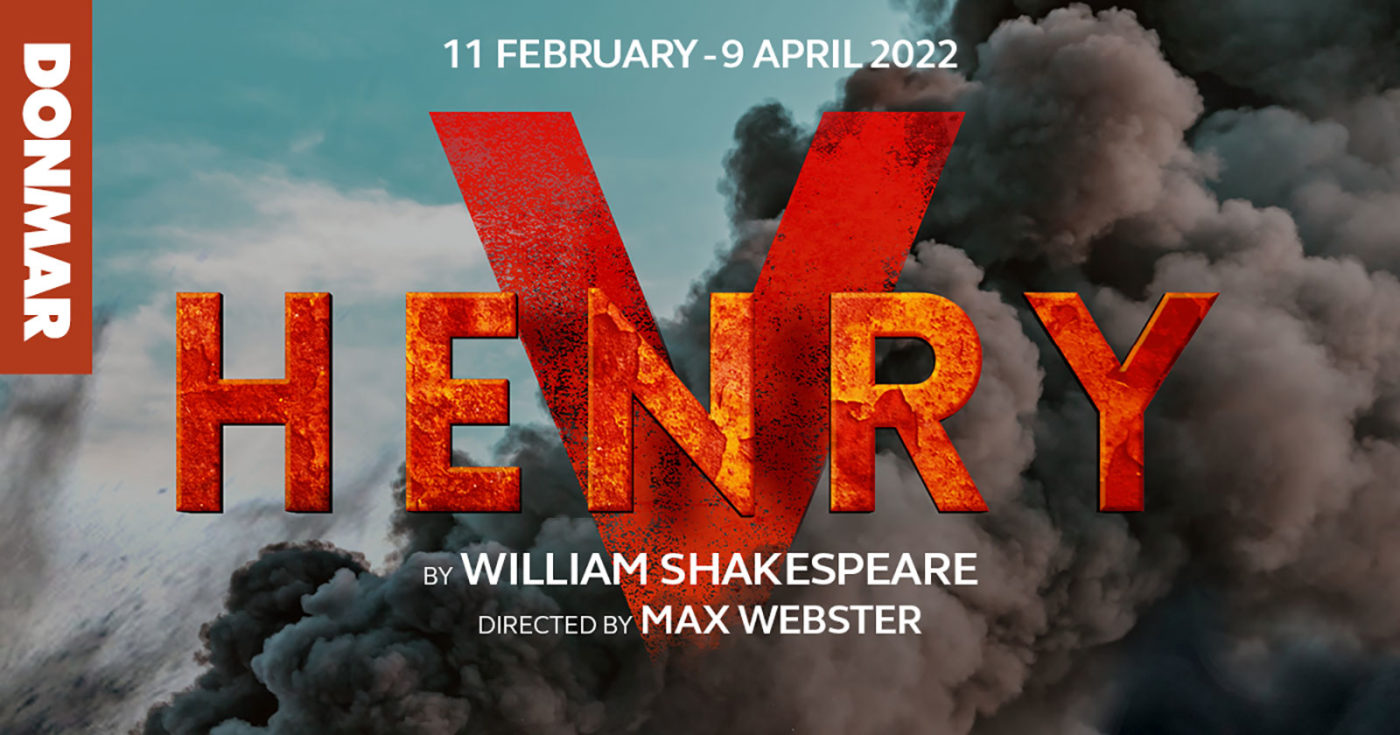 Shakespeare’s ever-popular play is a thrilling study of nationalism, war and the psychology of power.

Kit Harington leads the cast in an exciting modern production directed by Donmar Associate Director Max Webster, exploring what it means to be English and our relationship to Europe, asking: do we ever get the leaders we deserve?

Event image: A dramatic image of a sky filling with threatening dark clouds. The word HENRY is written in flame-coloured lettering and behind it, in red, the letter V.