What's on»LOVE AND OTHER ACTS OF VIOLENCE 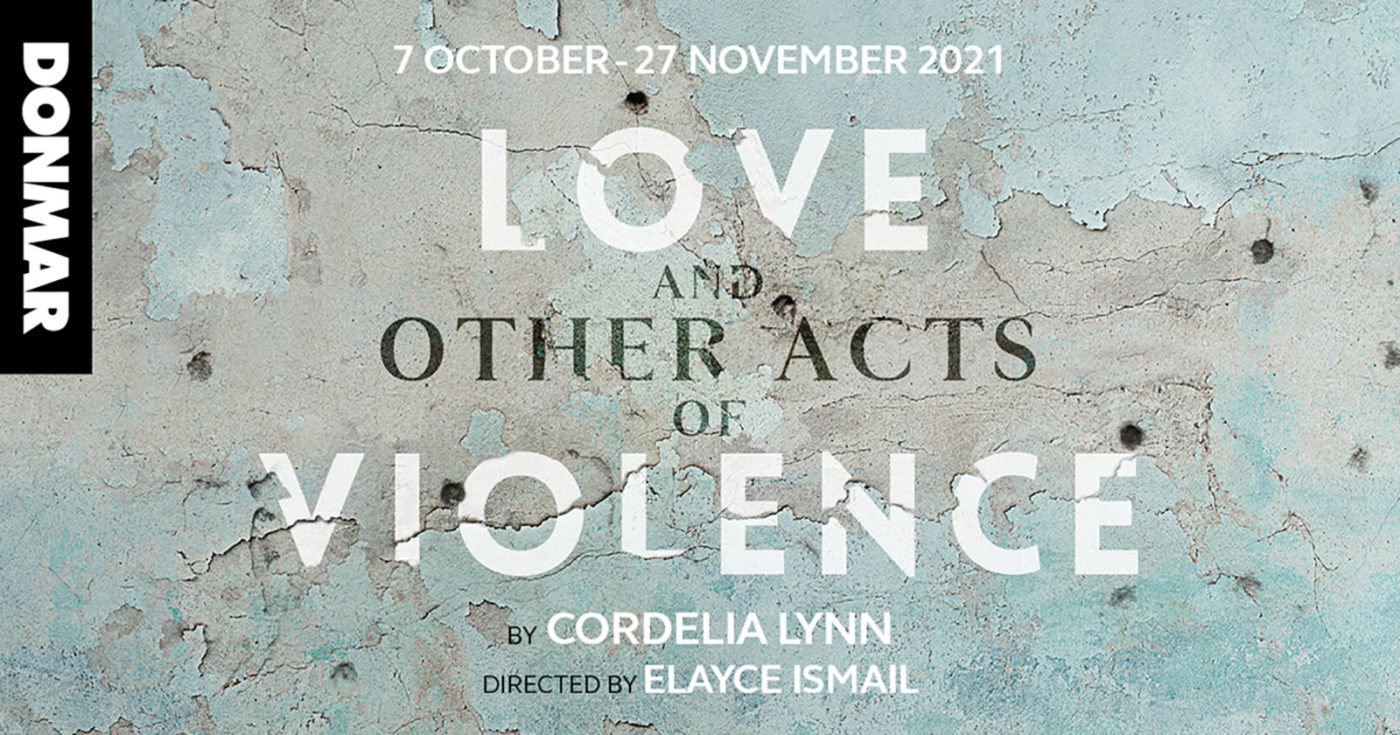 A young Jewish physicist and an activist poet meet at a party and fall in love. As society splinters around them, the couple’s struggle to survive erupts into violence.

Cordelia Lynn’s new play is a subversive and intimate love story about inheritance and the cycles of politics and history. Elayce Ismail directs a cast including Abigail Weinstock and Richard Katz.

The play also contains scenes that some people may find difficult to watch. Themes include:

References to anti-Semitism and use of ethnic slurs; References to the Holocaust; Acts of extreme violence committed against adults and children during a depiction of the 1918 Pogrom of Lemberg; Discussion of sexual acts and threat of sexual violence; Acts of physical and domestic violence.

Event image: On a crumbling wall, with flaking paint and bullet holes, are the words Love and Other Acts of Violence. The lettering is faded and damaged. Addition text includes: by Cordelia Lynn, directed by Elayce Ismail.  On the left is the word DONMAR.