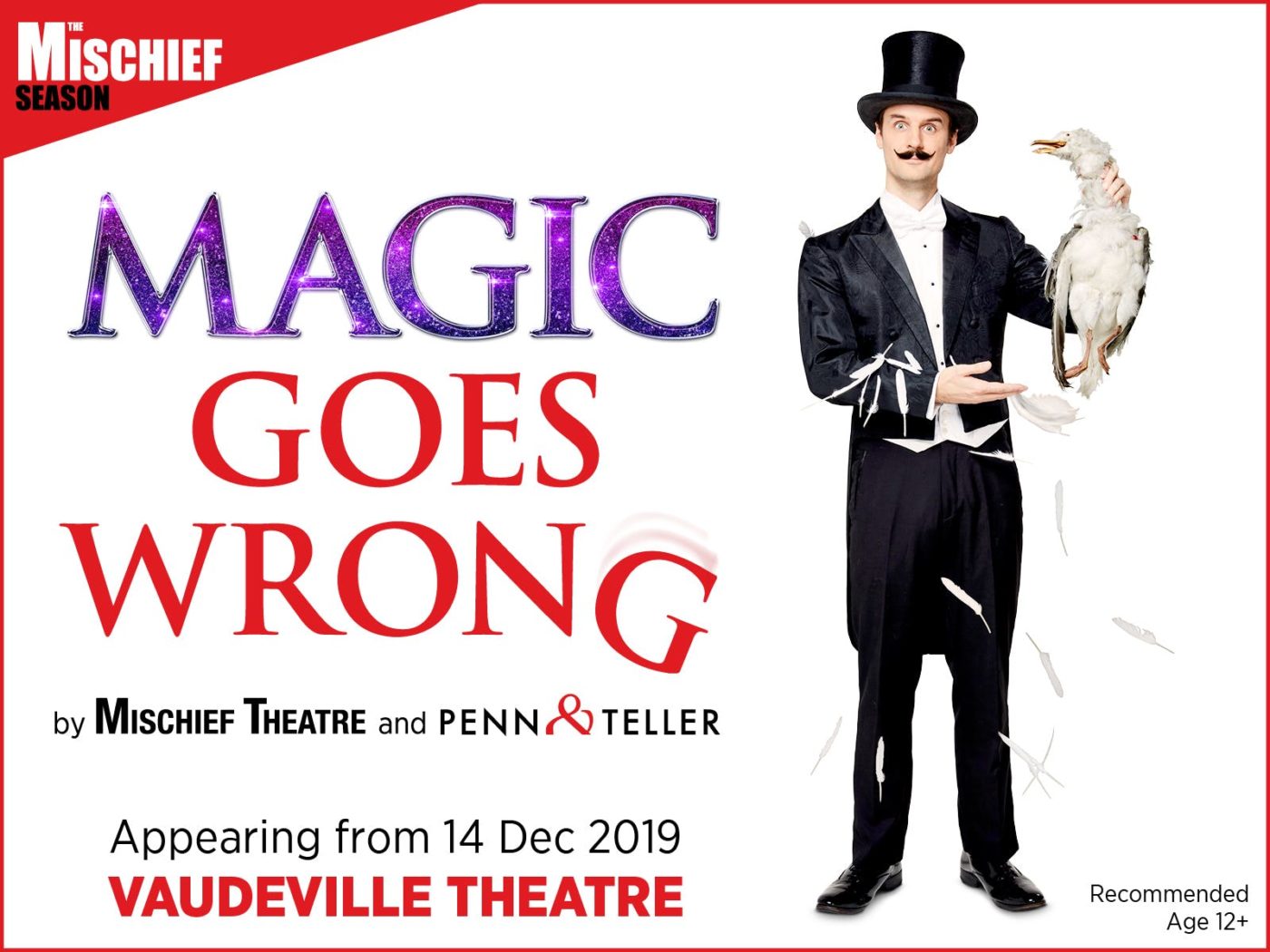 Mischief Theatre collaborate with co-writers for the first time as they bring their new show Magic Goes Wrong, created with stage legends Penn and Teller, to the London stage as part of the company’s year-long residency at the Vaudeville Theatre.

Magic Goes Wrong will see the original company return to star in the show, which has been written by Penn Jillette, Henry Lewis, Jonathan Sayer, Henry Shields and Teller, and it will be directed by Adam Meggido. Penn and Teller will not be appearing on stage.

Please note the touch tour was originaly confirmed as starting at 1pm, it will now start at 1:30pm but it has not been possible to update the recorded version of the introductory notes.