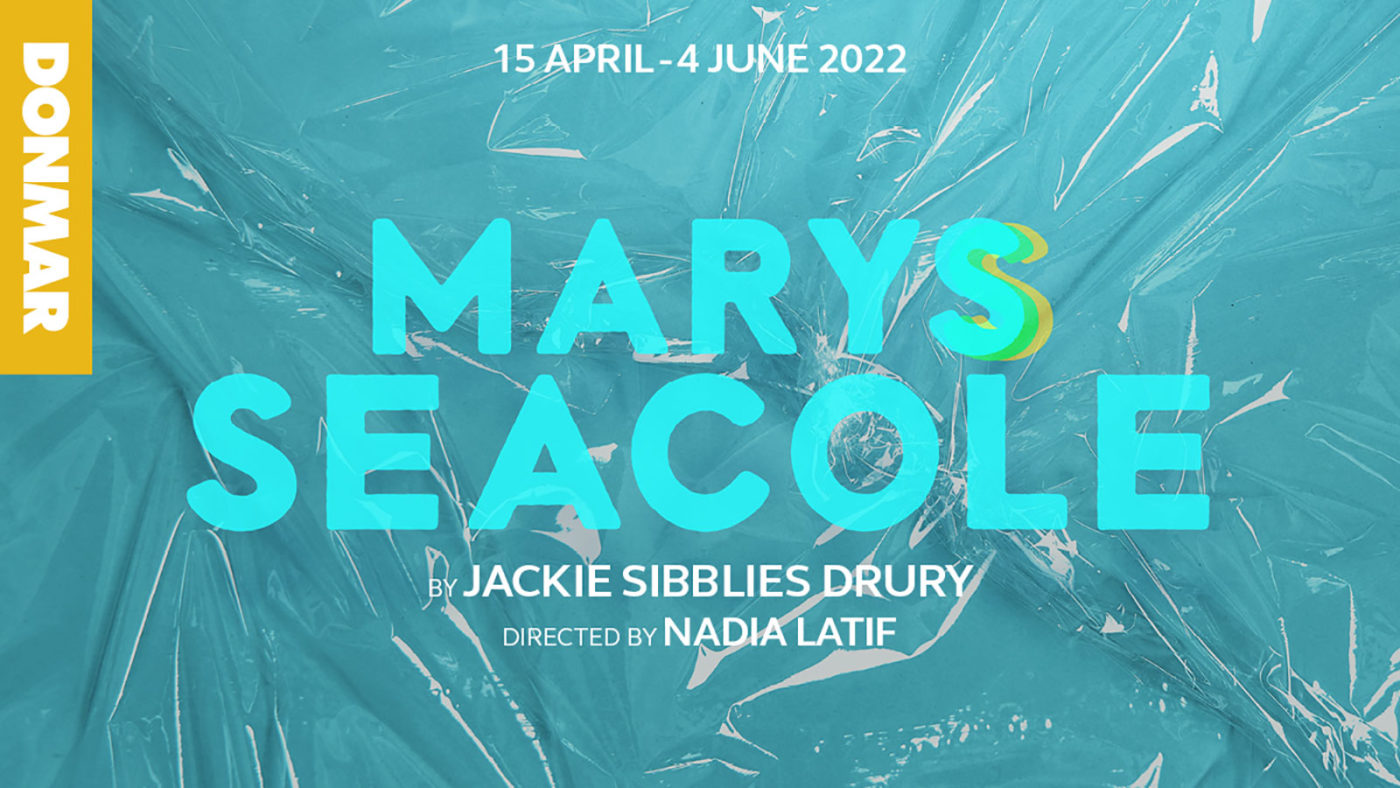 Mary Seacole was the pioneering Jamaican nurse who bravely voyaged to heal soldiers in the Crimean War. She was a traveller, a hotelier and a businesswoman. She was the most impressive woman you’ve ever met.

Putting the concept of a biopic through a kaleidoscope, MARYS SEACOLE is a dazzling exploration, across oceans and eras, of what it means to be a woman who is paid to care, and how, ultimately, no one is in charge of their own story.

Content advisory note from Donmar Warehouse: Our productions sometimes include flashing lights, loud noises and effects that may impact your experience as an audience member. If you would like more information about the effects used in Marys Seacole, please email us at [email protected].

Event image: Over a blue background, a transparent plastic sheet is crumpled to catch the light. MARYS SEACOLE appears in blue, the S has a yellow shadow.