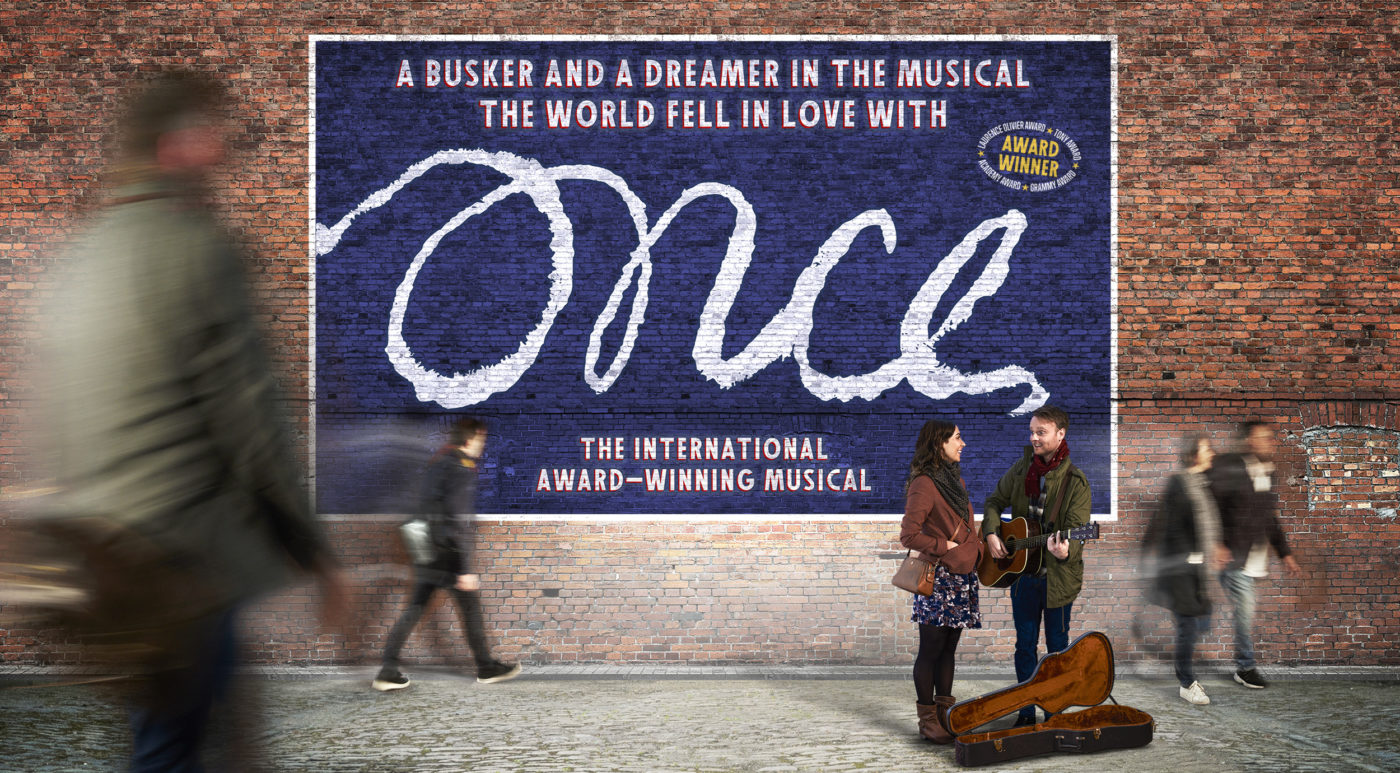 A Broadway and West End hit musical that’s a ravishing love story with a bittersweet difference, Once casts a spell over the audience just as its two lead characters cast a spell over each other.

Based on a cult 2006 Irish indie feature, originally shot on a micro-budget of just $160,000, it tells the uplifting yet yearning story of a part-time Dublin guitarist busker (who works by day in his dad’s Hoover repair shop) who falls unexpectedly in love with a young Czech immigrant fellow musician. As we follow their relationship across five short days, big changes happen to both of them in little ways.

As conjured by a score of original Irish-inflected songs, written by the original stars of the film Glen Hansard and Markéta Irglová, the atmosphere is partly a busked concert and partly an aching romance that feels both spontaneous and freshly minted. The music, played live by the actors themselves, is alternately beautiful and rousing, and Enda Walsh’s script quietly overwhelms with its sense of spirit, sincerity and solitude.