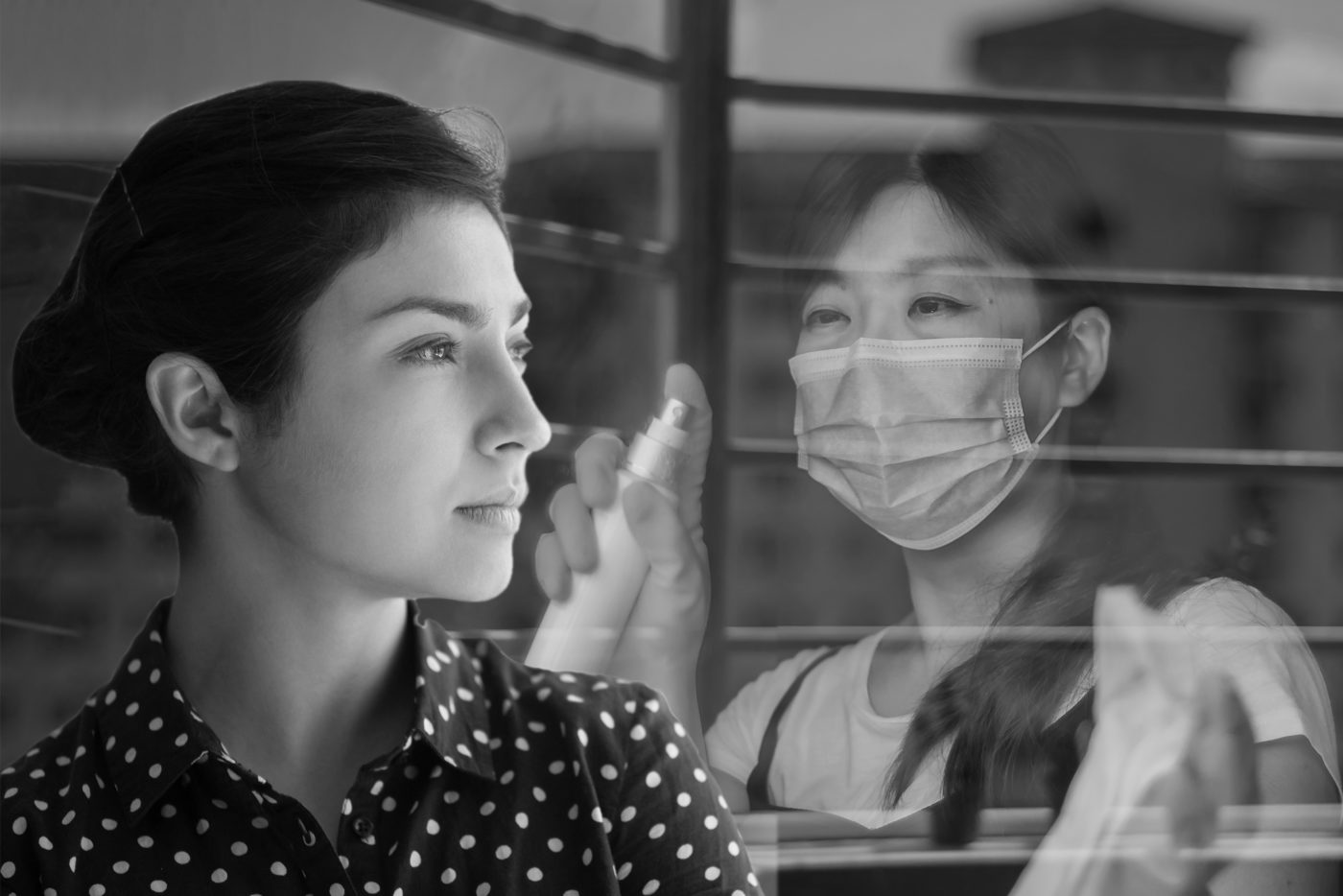 Nisha is a young hotshot executive working for Golden Fields, Australia’s largest producer of rice. Precocious and headstrong, she’s determined to become the first female Indian CEO in Australia. She’s close to sealing a contract with the Indian government, which would see her company take over India’s national rice distribution system.

A secret deal worth billions.

Working late nights in the office she encounters Yvette, an older Chinese migrant, who cleans up her mess. Yvette has her own entrepreneurial ambitions, but her daughter faces court after participating in a protest against the unethical practices of a national supermarket chain.

The two form a powerful – if unlikely – bond as they navigate the complexities of their lives and the world at large.

Image description: A woman wearing a dotted blouse looks to the right. Next to her, there’s a superimposed imaged of another woman cleaning a window, wearing a mask and gloves.