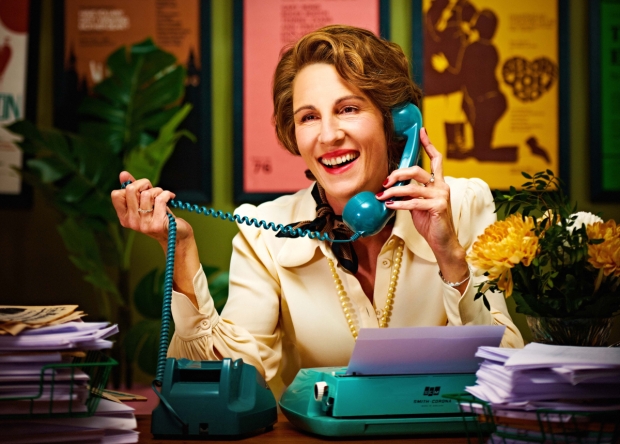 Agents are not supposed to be more famous than their clients – unless, of course, you are the formidable, outrageous and hilarious Peggy Ramsay…

Peggy For You is based on the life of Alan Plater’s former agent, the legendary Peggy Ramsay.  It received its world premiere at Hampstead Theatre in 1999 and was Olivier nominated for Best New Comedy (2001).  Plater’s raucously funny play is peopled with characters who fall under the spell of this unlikely heroine, who believed infinitely more in art than she did in money – or in good manners. Directed by Richard Wilson and starring Tamsin Greig in the title role.

Event image: Tamsin Grieg, as Peggy, holds an old-fashioned blue phone to her ear and smiles, mid-conversation. On her desk is a manual typewriter and overflowing in-trays.