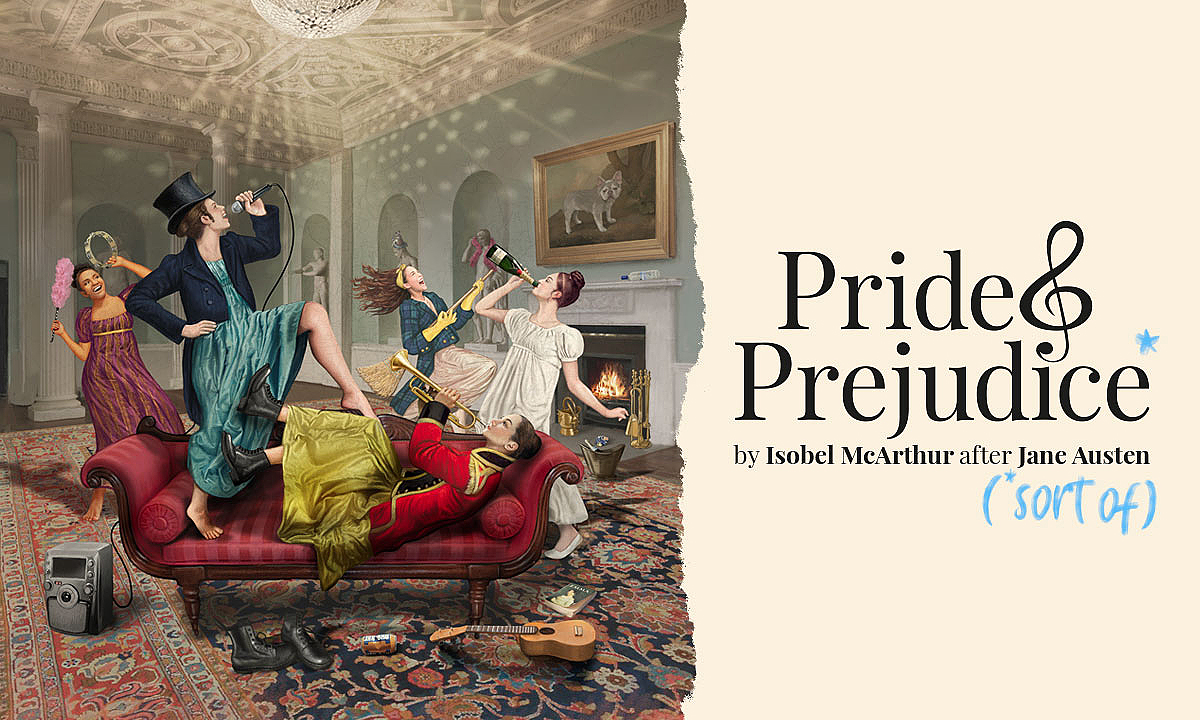 A unique and audacious retelling of Jane Austen’s most iconic love story ever in this irreverent but affectionate all-female adaptation, where the stakes couldn’t be higher when it comes to romance.

Event image: A painted illustration of four young women in Regency clothes behaving wildly out of character, dancing around, having a party together. One Bennet daughter swigs directly from a bottle of champagne, one stands on a sofa and sings into a microphone, one plays a trumpet, another a tamborine, and the last one uses a broom like an electric guitar. The text reads Pride & Prejudice* (*sort of).