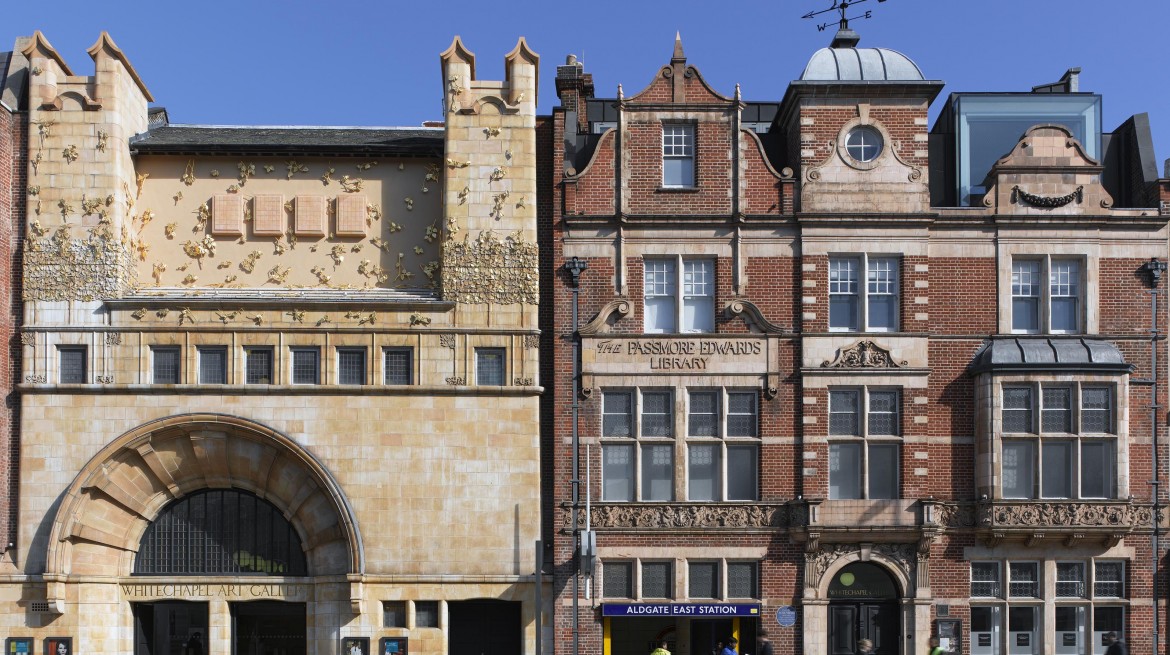 Join Whitechapel Gallery staff for an audio-described tour of the major exhibition ‘Radical Figures: Painting in the New Millennium’, which brings together a new generation of artists who represent the body in radical ways to tell stories and explore vital social concerns. Presenting for the first time this new direction in painting, the exhibition features ten painters at the heart of this zeitgeist: Michael Armitage, Cecily Brown, Nicole Eisenman, Sanya Kantarovsky, Tala Madani, Ryan Mosley, Christina Quarles, Daniel Richter, Dana Schutz and Tschbalala Self.

[Image: The  facade of the Whitechapel Gallery; To the left of the building is the gallery entrance, and to the right, the Passmore Edwards Library Entrance. The left of the building is a light, sand coloured stone, and features Rachel Whiteread’s permanent commission ‘Tree of Life’ which consists of four stone window casts as well as clusters of leaves, cast in bronze and plated in gold leaf, emblazoning the gallery’s facade with shimmering foliage. The right library side of the building is red brick, and stands above the Aldgate East underground station entrance.] 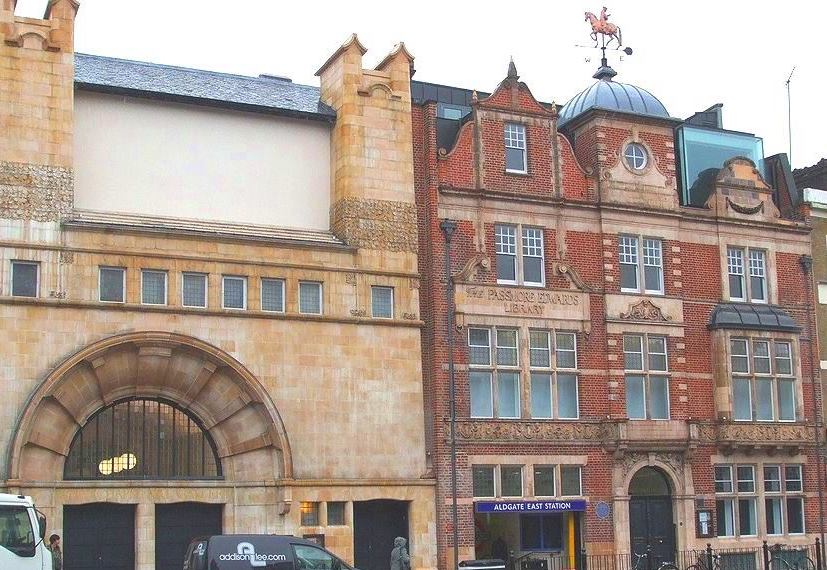