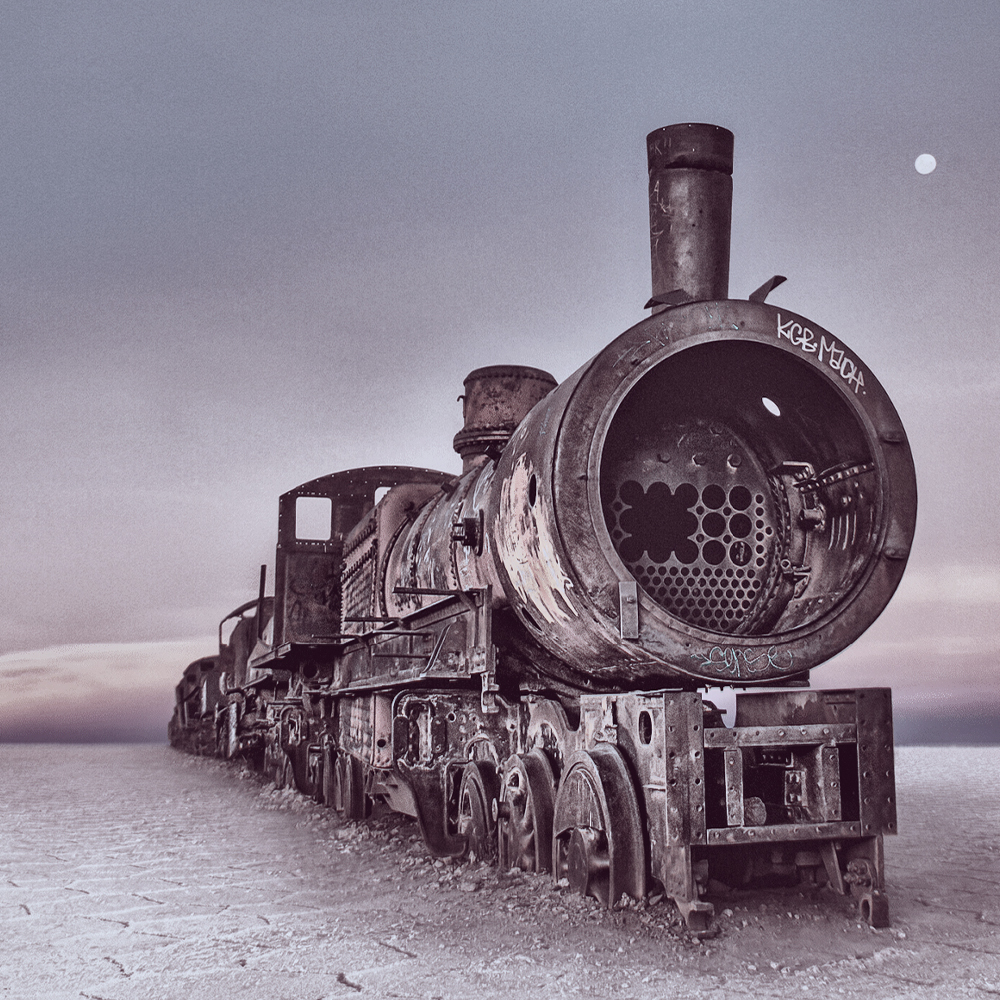 A leading doctor, who has travelled from the UK, believes she can save the NHS, solve the British mental health crisis, and advance her career.

A Silicon Valley billionaire, who has been watching the site from his satellites, believes he can save the world building affordable electric cars, and make millions of dollars in the process.

And the indigenous community, who have preserved the land for generations, believe both visitors have propositions that could transform their futures.

Each pursue their own ambitions, but which is the greatest good?

Event image: The shell of a train constructed of metal with graffiti on the front lays across a desert landscape.