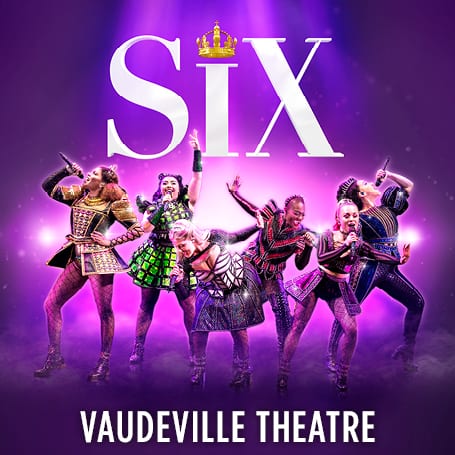 DIVORCED, BEHEADED, LIVE AT THE VAUDEVILLE!

Critically acclaimed with a spectacularly successful studio album being adored on playlists across the globe, this sell-out intoxicating Tudor take-off lets the six wives of Henry VIII take to the mic to tell their tales, remixing five hundred years of historical heartbreak into an 80-minute celebration of 21st century girl power.

Event image: Six women perform, each wearing Tudor tops and miniskirts. They sing into microphones and strike a pose with attitude. Above them is the word SIX, with a golden crown dotting the letter i.