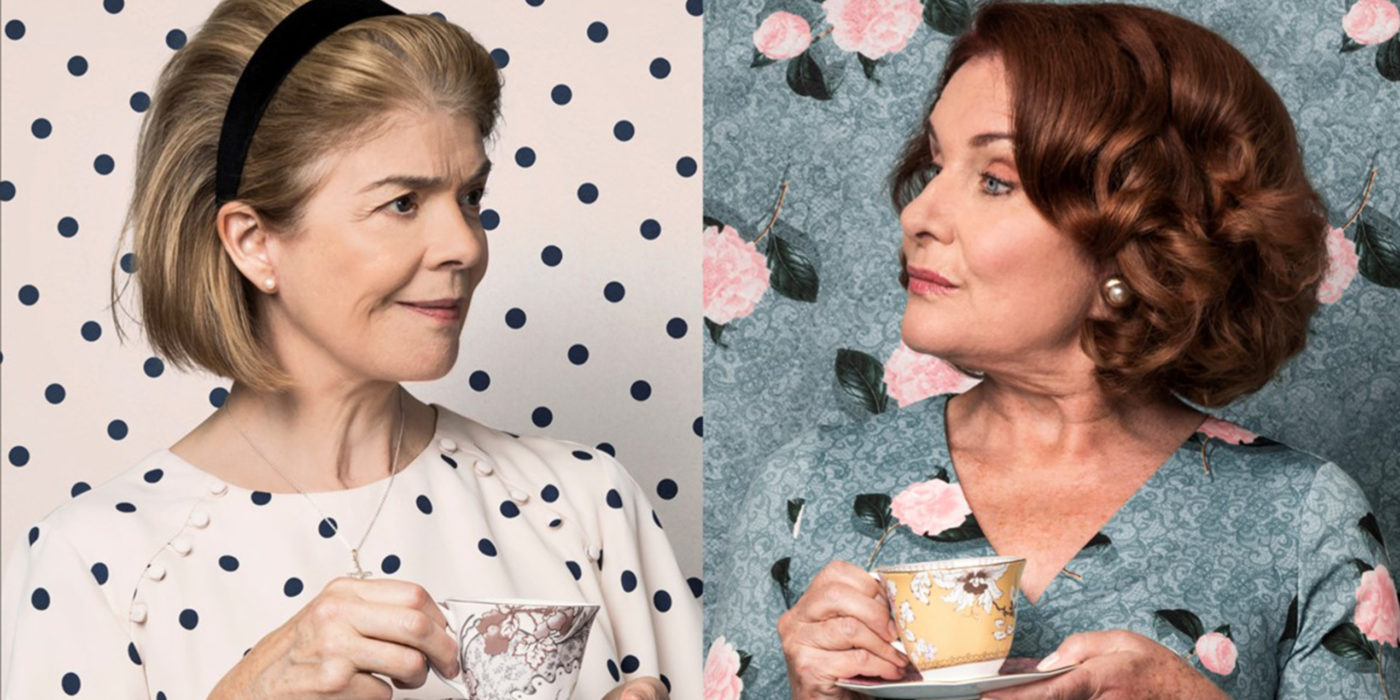 An evening of three entertaining monologues by one of Britain’s most brilliant and best-loved writers. ‘Darkly comic, tragically poignant and wonderfully uplifting, Talking Heads is widely regarded as a modern classic’. BBC

Each piece gives an intimate and hilarious insight into the heart and mind of a peculiarly English character – Muriel in her tweed skirt and pearls in Soldiering On, the public-spirited Miss Ruddock In A Lady of Letters, and Susan, the long-suffering Vicar’s wife in Bed Among The Lentils.

Accomplished stage and screen actress Julia Watson, seen recently as Leonato in Much Ado About Nothing at Watford Palace Theatre, playing Susan.