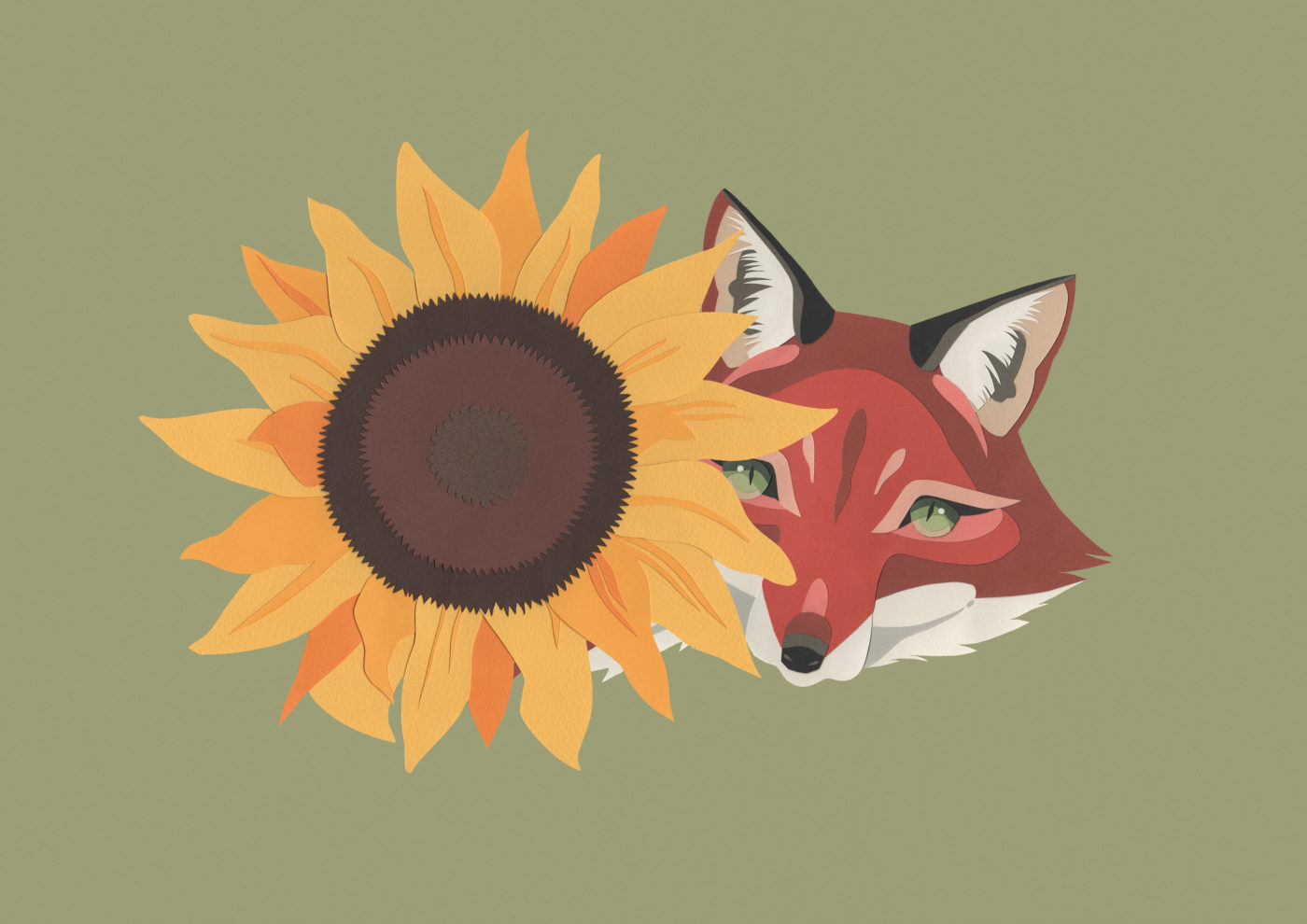 Vixen lives by her instincts and by her wits. Something about her strikes a chord in the Forester. They first meet when she is just a cub. He takes her captive, but she soon breaks free and sets about finding a home and the fox of her dreams. As animals, insects and people take their chances and make their choices, or simply watch the world go by, Nature renews its miraculous, eternal cycle.

The Cunning Little Vixen on the Opera Holland Park website

Image Description: A realistic cartoon style depicts a sunflower head with a disembodied fox’s head peaking from behind its right side. The background is an earthy light green.