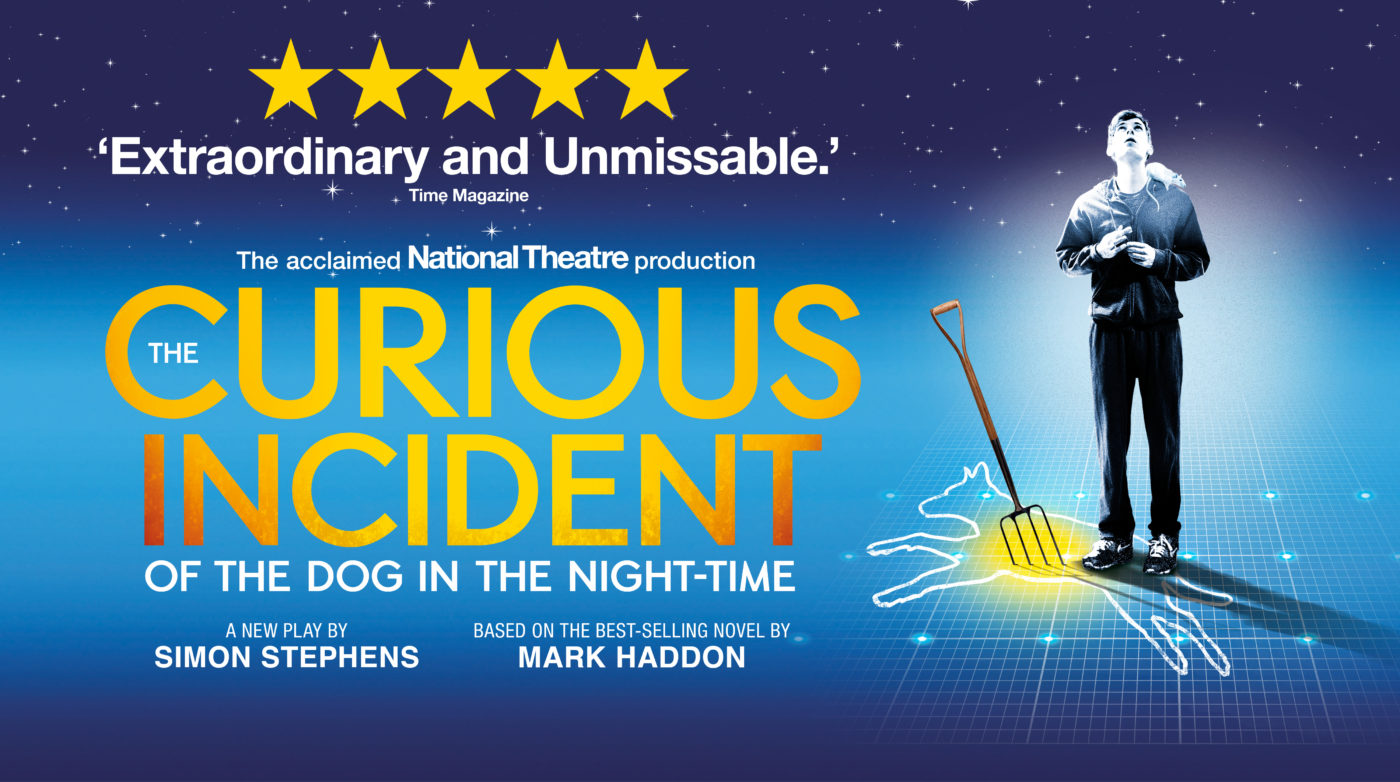 Winner of seven 2013 Olivier Awards and five 2015 Tony Awards, including Best Play, this thrilling production has been seen by over three million people worldwide and has been hailed by The Times as ‘a phenomenal combination of storytelling and spectacle.’

Christopher, fifteen years old, stands beside Mrs Shears’ dead dog. It has been speared with a garden fork, it is seven minutes after midnight and Christopher is under suspicion. He records each fact in the book he is writing to solve the mystery of who murdered Wellington. He has an extraordinary brain, exceptional at maths while ill-equipped to interpret everyday life. He has never ventured alone beyond the end of his road, he detests being touched and he distrusts strangers. But his detective work, forbidden by his father, takes him on a frightening journey that upturns his world.

Please note this is an audio-described performance at an independent venue.  Every effort has been made to ensure that these details are correct; however, please do double check with the venue for the availability of introductory notes and touch tours when booking.