Disney’s award-winning musical THE LION KING explodes with glorious colours, stunning effects and enchanting music. It follows the powerful story of Simba as he journeys from wide-eyed cub to his destined role as King of the Pridelands.

Event image: Bright yellow-orange textured material.  To the left a dark brown woodcut print of a lion, to the right the Disney symbol at the top, then “The Lion King” in large dark woodcut print, and in smaller text at the bottom “Lyceum Theatre, London” 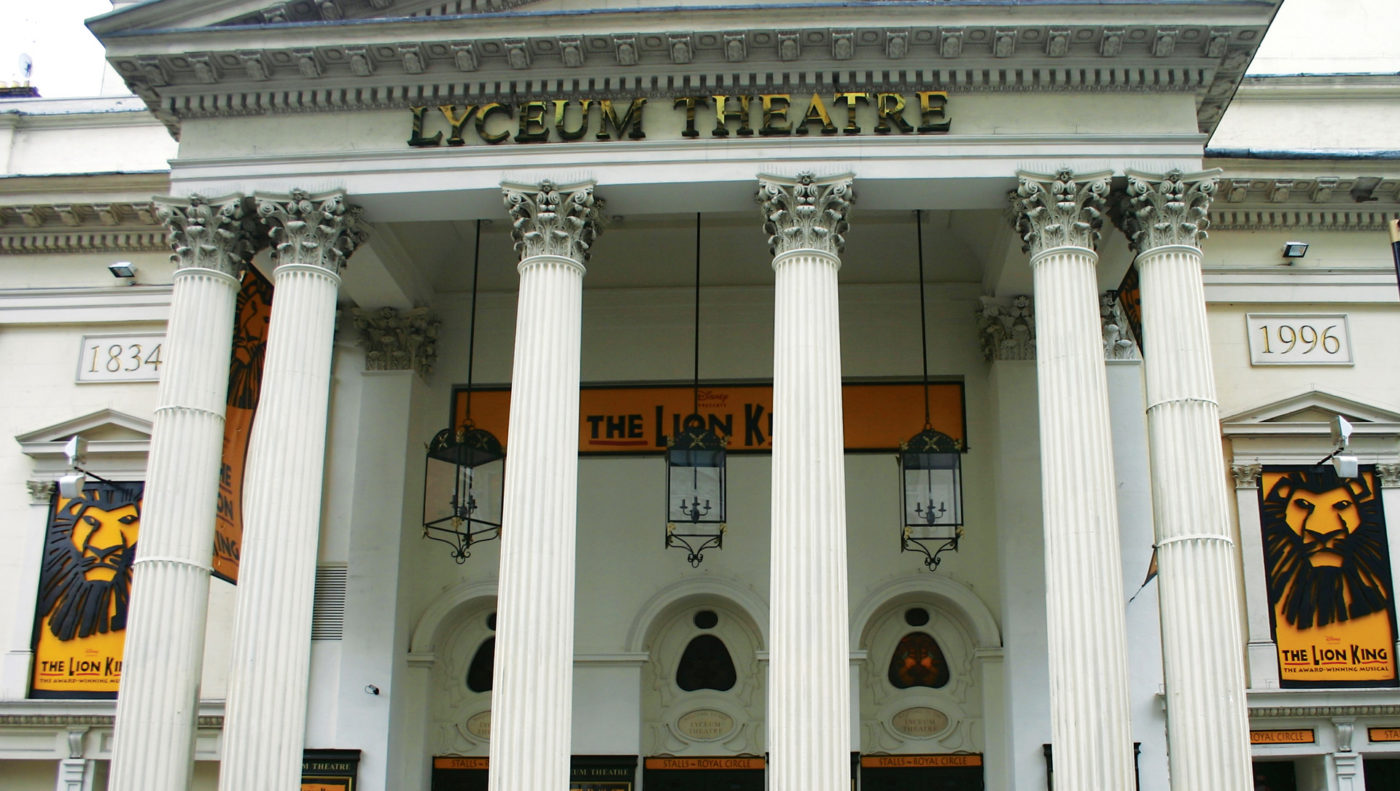