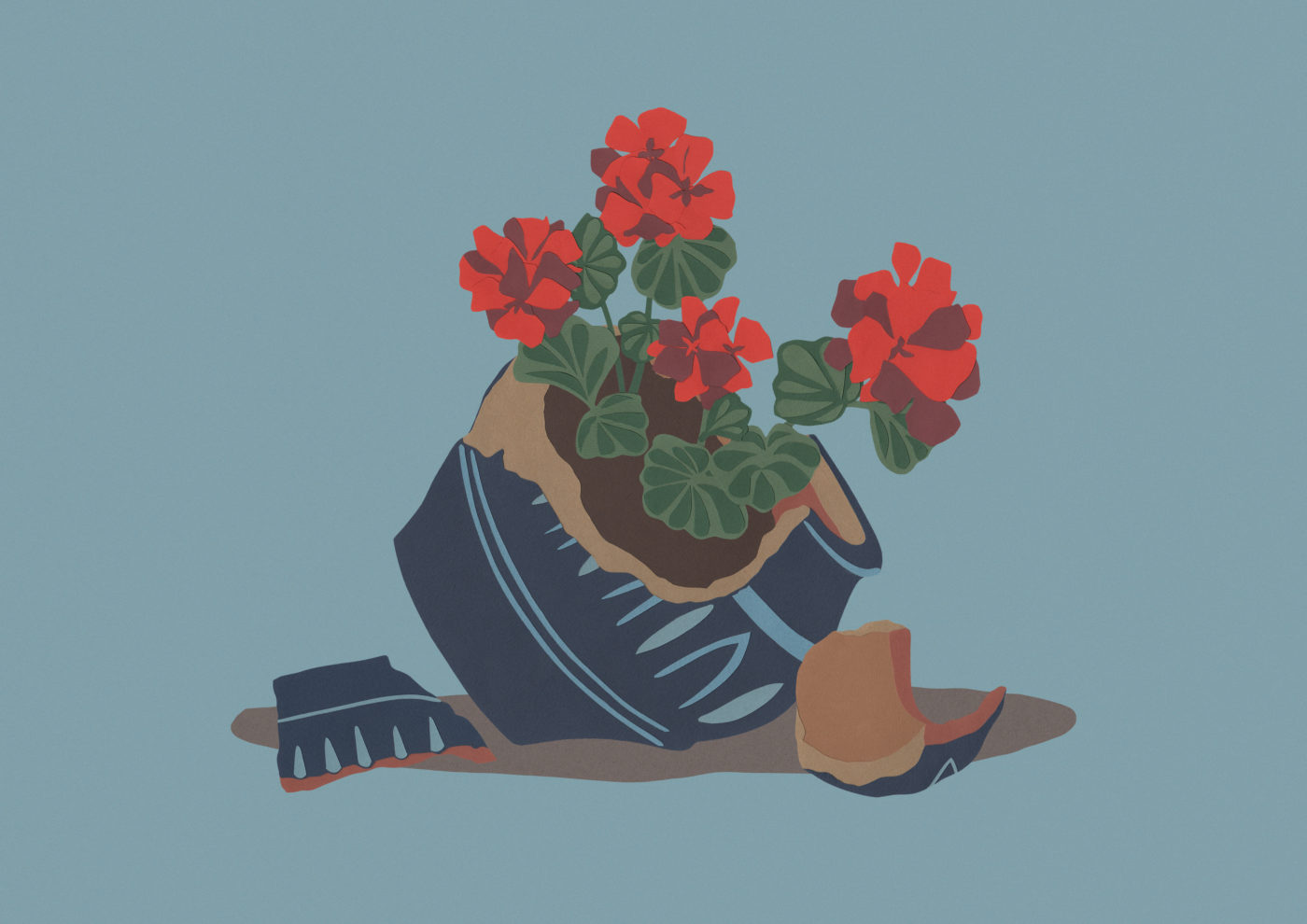 It’s all go on Count Almaviva’s country estate. His servants Figaro and Susanna can’t wait to get married this evening – though for some reason the Count thinks he has first dibs on the bride. At least Susanna has the Countess on her side. But chaos threatens as Cherubino’s teenage hormones run rampant, Marcellina drags up dirt from Figaro’s past, and identities become confused.

Bursting with insights into human nature, The Marriage of Figaro is a faultlessly constructed comedy, buoyed along by Mozart’s sublime music.

The Marriage of Figaro on the Opera Holland Park website

Image Description: A realistic cartoon image of a dark blue pot with light blue patterning laid on it’s side cracked – with two large chunks of pot completely broken away from it’s rim. Within the pot a plant with red flowers and variegated green leaves looks undamaged. The floor immediately below is darkened, perhaps by escaping soil. The background is a block of grey-blue putty like colour.