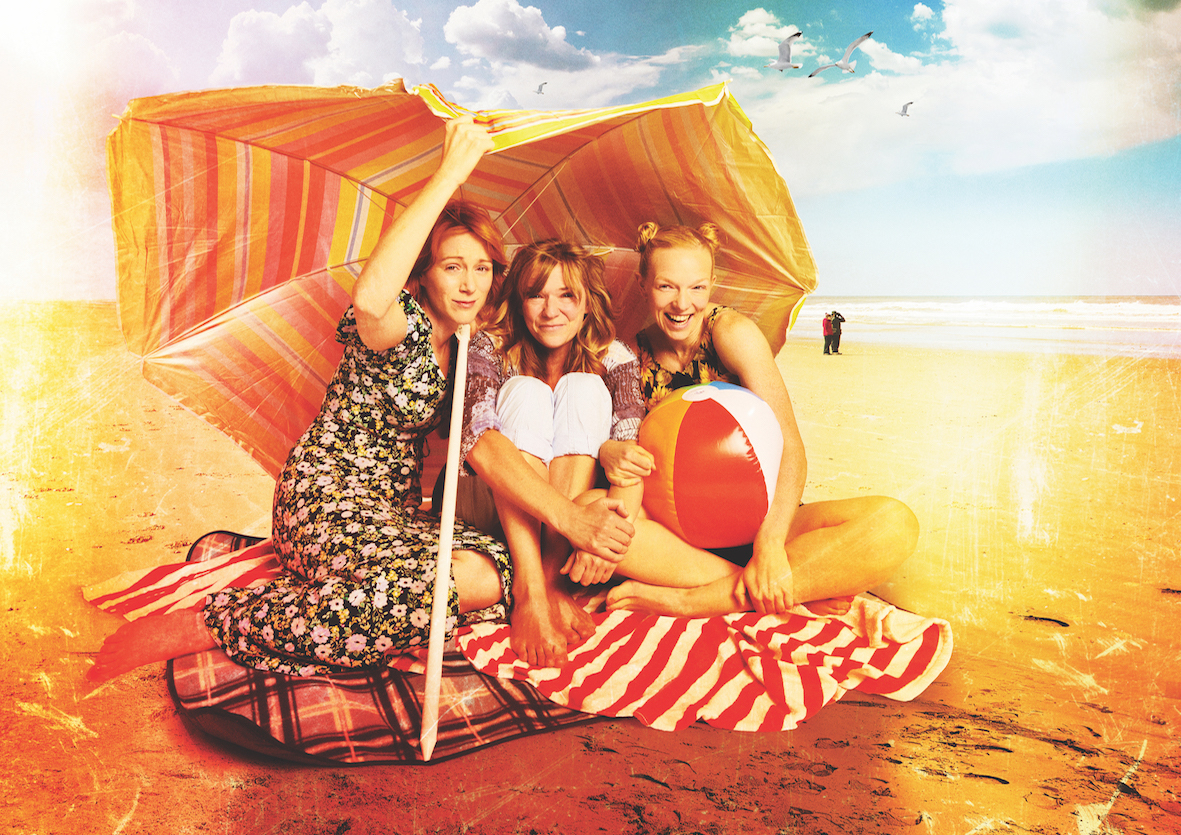 Winner of the Olivier Award for Best Comedy, Shelagh Stephenson’s poignant and painfully funny comedy is about conflicting memories, life and loss.

Mary, Catherine and Teresa are sisters who think they share a common past. A world of disputed bicycles, midnight ice-cream sodas, Mum’s cocktail dresses and perfumed advice – a seaside childhood punctuated by the odd monosyllable from Dad. But where does reality end and family myth begin? Why has war broken out in Mother’s bedroom – and why is Vi, so recently deceased, still with us?

Event image: Three white women on a sandy beach, sitting on blankets under a large beach umbrella. One holds an inflatable beach ball. In the distance are 2 other figures, with seagulls and blue cloudy sky above.