What's on»The Ocean At The End Of The Lane 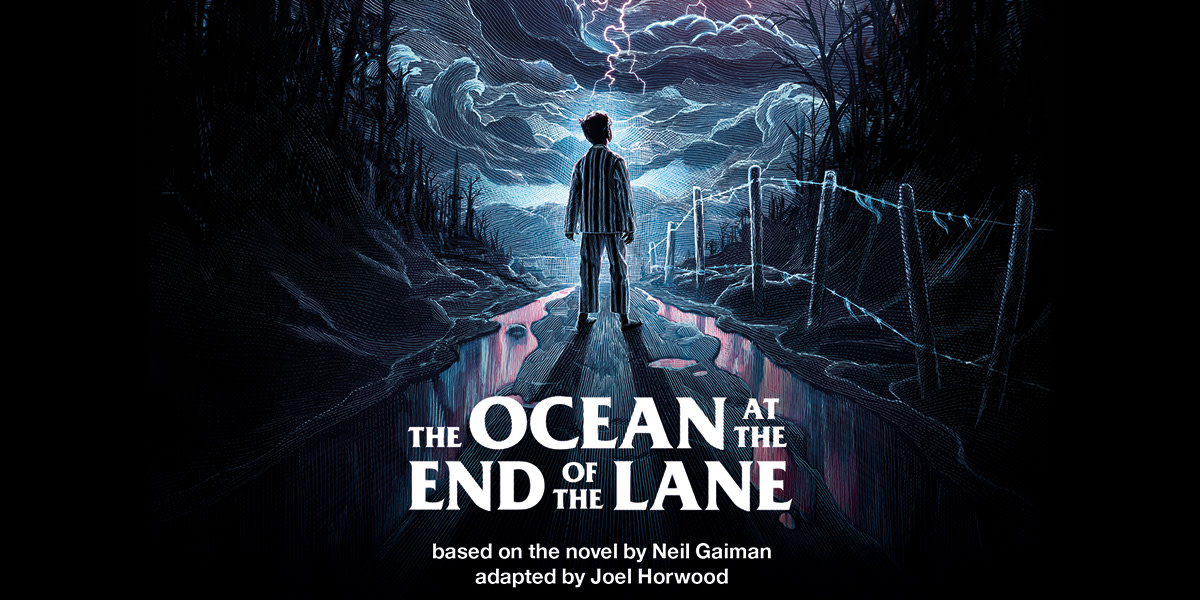 Adapted from the best-selling Neil Gaiman novel by Joel Horwood and directed by Katy Rudd, this spectacular and thrilling adventure is a tour de force of imagination and storytelling.

Returning to his childhood home, a man finds himself standing beside the pond of the old Sussex farmhouse where he used to play. He’s transported to his 12th birthday when his friend Lettie claimed it wasn’t a pond, but an ocean…

Plunged into a magical world, their survival depends on their ability to reckon with ancient forces that threaten to destroy everything around them.

Age guidance: 12+ yrs. This production contains scenes that some people may find distressing.

Event image: A drawing of a little boy in pyjamas standing on a water-logged lane staring towards a mysterious landscape. Ahead of him are a lake and mountains, dark and intriguing, with flashes of lightning in the night sky. Text reads The Ocean at the End of the Lane based on the novel by Neil Gaiman adapted by Joel Horwood.