Audio described by VocalEyes and Sightlines.

Opening with The Seven Deadly Sins, Weill’s witty, satirical ballet chanté (sung ballet) is a work in seven scenes, following two aspects of one central character, Anna. This production calls into question the reality of the women we encounter and the ways in which they are constructed for online consumption.

Mahagonny Songspiel is a concentrated musical and dramatic encapsulation of the story about the rise to prominence and fall into decadence of an imaginary city founded on vice. This production presents rich patrons of capitalism, reminiscent of the family from The Seven Deadly Sins and what they might have become, escaping from their world of responsibilities into an Edenic space, which leaves them reckoning with their own guilt.

Following the live stream, a film of the performance will be available to watch On Demand until 9 May 2021. The recording will take some time to process before it is available, and you may need to skip past the 30-minute countdown timer.

By arrangement with Schott Music Ltd agent for the Kurt Weill
Foundation for Music and the heirs of Bertolt Brecht.

Image description: Image shows Jonadette Carpio and Stephanie Wake-Edwards as the two sides of Anna in The Seven Deadly Sins. Both women are dressed in black and looking directly looking at the camera with sombre expressions. 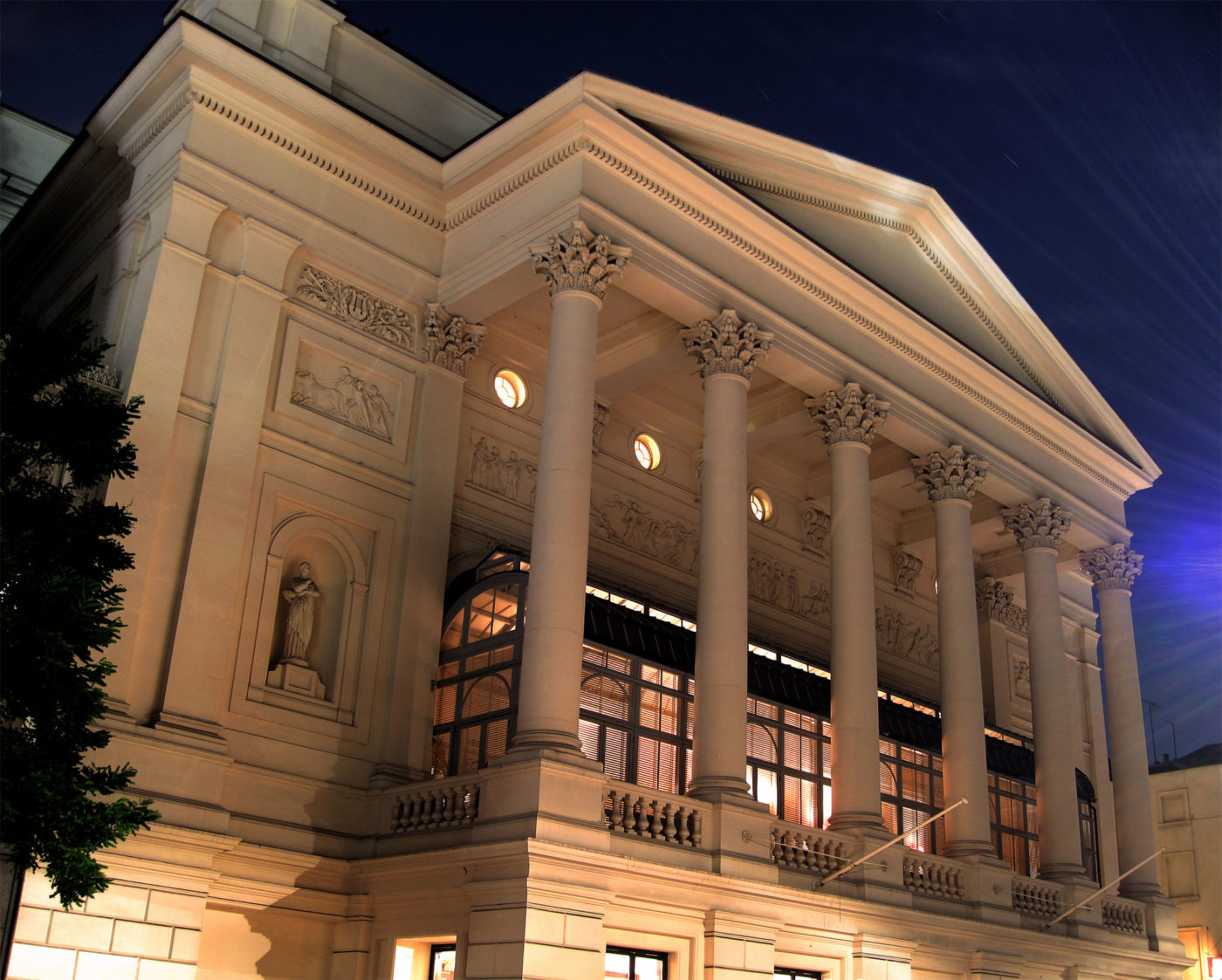