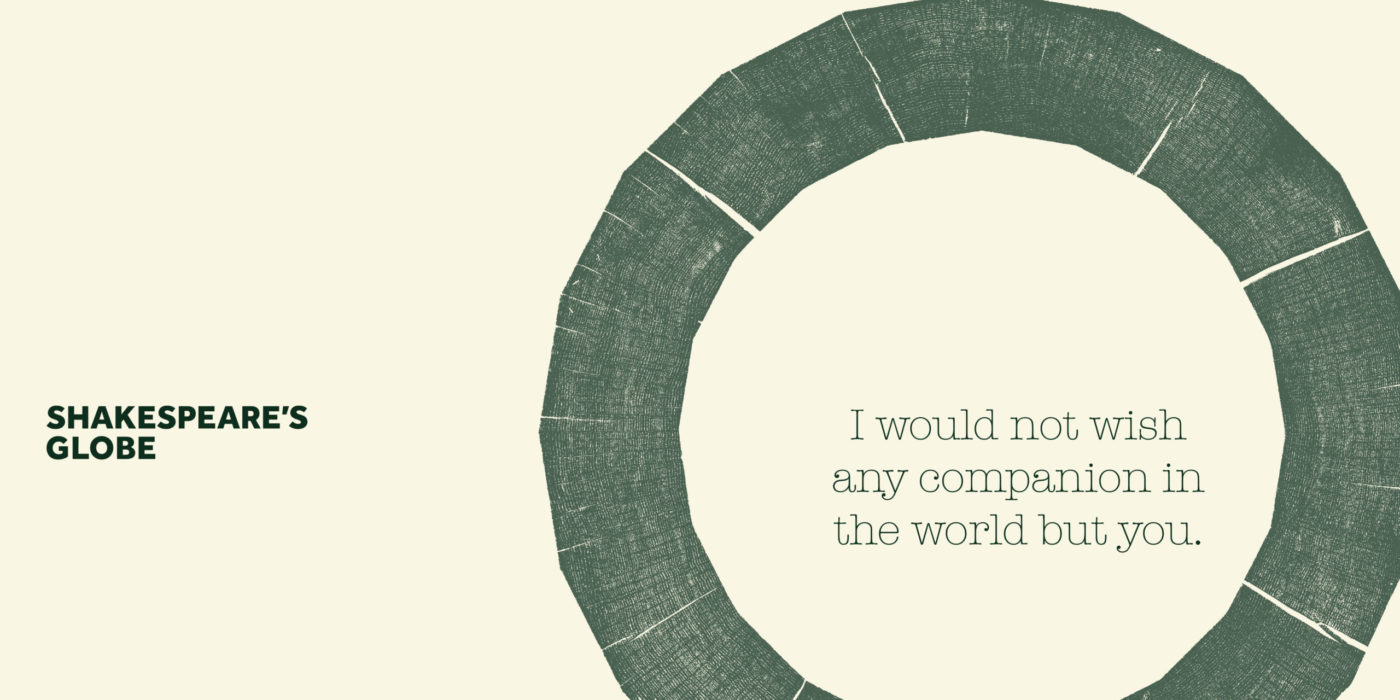 Inspired by reports of the first English colonies in the West Indies and imbued with a spirit of magic and the supernatural, The Tempest is Shakespeare’s late great masterpiece of forgiveness, generosity and enlightenment set on a remote and mysterious desert island, but with magic enchantments and treachery at every turn, will anyone ever make it off?

Image description: A quote from The Tempest on a cream background, with the Globe’s logo, which is a green ring representing the theatre auditorium. The quote says: “I would not wish any companion in the world but you.”