What's on»We Will Rock You 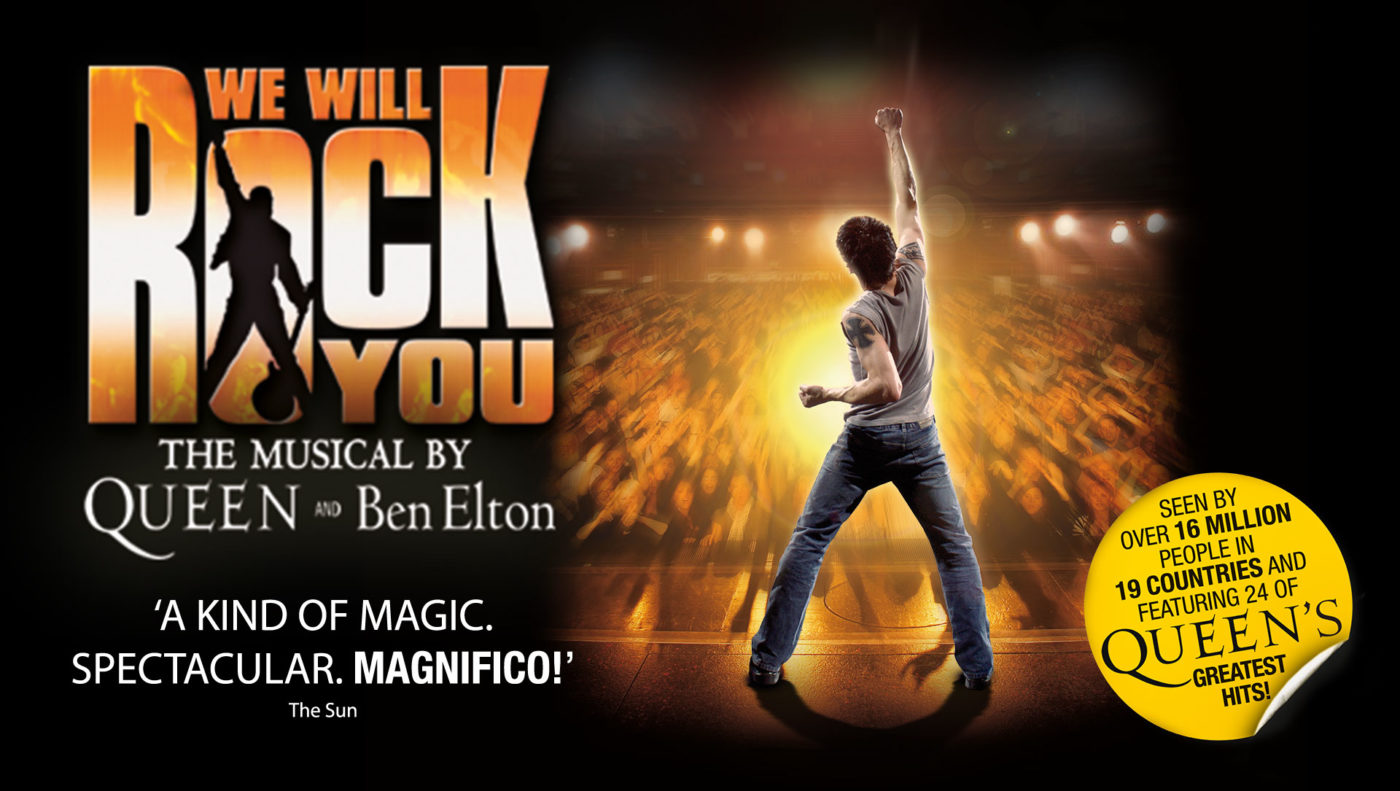 The worldwide smash hit musical by Queen and Ben Elton returns to the UK. Guaranteed to blow your mind, this musical phenomenon is not to be missed! With 24 of Queen’s biggest hits delivered in a show that boasts the scale and spectacle that marked the bands’ legendary live performances.

Event image: Fiery orange fading into black, an image of the back of a performer in a powerful rock stance as he raises his fist looking out over the cheering crowd.