Winner of over 100 major awards, the unforgettable West End and Broadway musical phenomenon tells the incredible untold story of the Witches of Oz.

Event image:  Against a green background of swirling lights, in white text: Wicked (with a small green witch acting as the dot above the “I”) The Apollo Victoria Theatre. On the extreme right, head and shoulders in profile – the pale skinned and almost white haired good witch in white hat and robes has her hand raised covering her mouth as if whispering to the Wicked witch next to her and facing us. The wicked witch has jet black hair, robes and hat – whose rim covers her eyes – her green skin and bright red lips in a crooked smile. 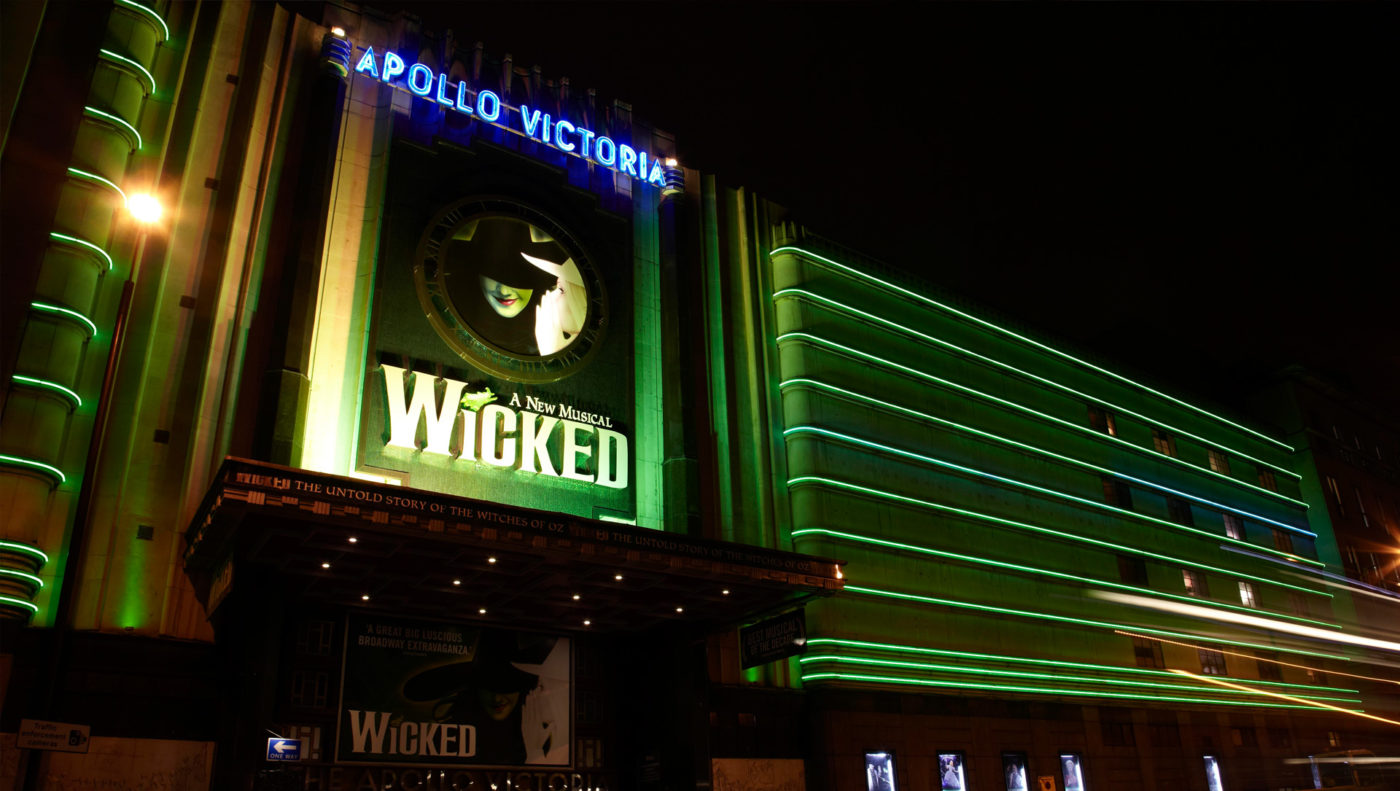