News»Manga at the British Museum 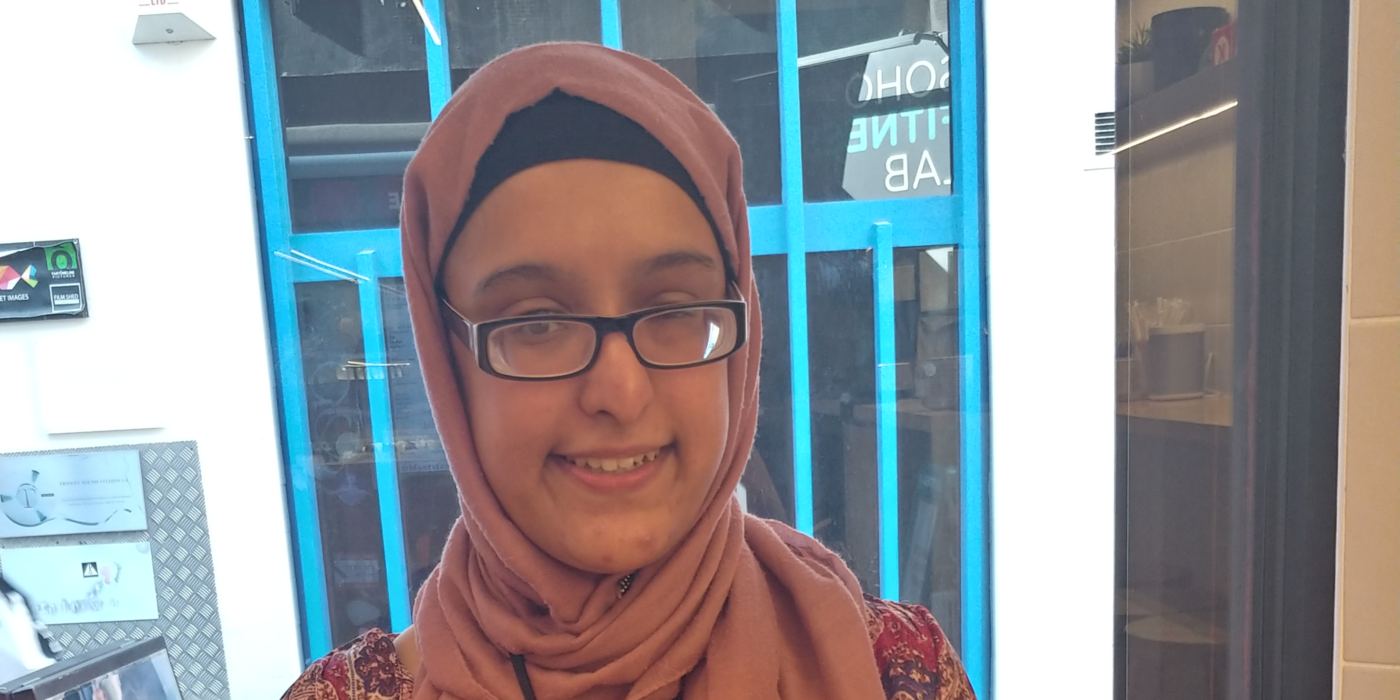 On Saturday 8th of June I went to an audio-described tour of the Manga exhibition at the British Museum, led by VocalEyes describer Lonny and the exhibition curator Nicole.

VocalEyes is a charity that provides accessible experiences so that blind and partially sighted people can enjoy the theatre, museums and architecture the same way as everyone else. They do so with a team of freelance audio describers and visual awareness trainers. It was my first time attending an audio-described museum tour.

Manga are Japanese comic books or graphic novels, some of which have been adapted into TV series, video games and animated films. This exhibition is the largest collection of original Japanese manga and related items ever shown outside Japan. It includes storyboards and work from the creators themselves, enlarged images of some popular characters, as well as statues and sculptures. The exhibition also includes video of the artists at work, interviews with editors and animations as well as footage of ‘cosplay’, a form of performance art where fans wear costumes and fashions to represent a specific character.

The exhibition is split into different themes and as we toured through, we were introduced manga and its history as well as information about some of the key pieces on show.

One of the first pieces was “Afterword to Giga Town: album of manga symbols” by Kona Fumiyo. The pages on show are an explanation of how to read manga and the meaning behind the various symbols used within the illustrations. As someone who enjoys manga, this section was quite useful, because although I knew that you read manga from the top right to the bottom left, I didn’t know what some of the symbols commonly used meant, so this was great.

There are lots of special symbols used in manga, for example, to show a character is in love or sad, and these can be difficult to follow if you’ve never seen them before. Lonny did an excellent job describing these, as well as how the pages are structured, and features such as the different shaped speech bubbles you often see in the image panels.

Next on the tour was a section about the major manga publishing houses. It included a video showing how a manga chapter is prepared at Shueisha, a famous publishing company where Weekly Shonen Jump, a publication aimed at young magna fans is produced.

There were also screens with interviews from some the editors, which had headsets so you could listen to them. This was fascinating and we learnt that manga makes £3 billion annually in Japan and so is vital to the country’s economy. As well as the great descriptions,  Nicole the curator had some really fun stories, including one about how Dragon Ball (a famous manga media franchise) came about, but I won’t spoil it for you  – you’ll have to go to the exhibition and find out for yourself!

Following that was a look at a rather creepy looking woodblock print, by the famous Japanese artist Hokusai called ‘Kohada Koheiji from One Hundred Ghost Tales’. The print is of the skeletal ghost of the murdered artist Kohada Koheiji who is pulling down the edge of a mosquito net, with eerie flames flickering around him.

The print was made in 1833 and tells the story of a murdered actor who rises from the dead to spook his wife and her lover. Lonny and Nicole explained that the print has been a big influence on the way that magna stories of the supernatural are drawn. They also handed out a tactile image of the print that people could feel, and this also had braille on it. I liked the tactile image, I thought both it and the explanations Lonny and Nicole provided helped people understand that the print is actually very creepy, featuring parts of the ghost’s insides on show!

We were also shown a statue and some work featuring the popular manga character Astro Boy, known as the Mighty Atom in Japan. Astro Boy has become one of the most successful manga and anime franchises in the world and is set in a futuristic world where robots co-exist with humans.

On the tour we also learned about and given descriptions of conventions where fans go dressed up as their magna heroes (known as cosplay), including ‘ComiKet’, which takes place in Japan where fans sell and exchange their own self-published magna work. Nicole told us that normally ComiKet doesn’t usually allow people to take photographs, but for the exhibition they were lucky enough to get permission to take some footage!

On the tour we also saw a 17-metre-long theatre curtain painted in 1880, featuring a night-time parade of theatre costumes haunted by the spirits of their actors. The way the characters are painted shows the early development of the manga style. We were told that it’s the last time the curtain will be on display as its too fragile to be exhibited again.

I really enjoyed both the exhibition and the audio-described tour. A big thank you to Lonny and Nicole. I loved all the little bits of detail they shared and the fantastic stories. There are some wonderful items on show in this exhibition and even if you don’t know much about manga there is still a lot to appeal. The British Museum has two short blogs giving a great introduction to manga for anyone new to it, which I can really recommend;

My other tip would be to arrive early to purchase your tickets because as I had some trouble finding the group at the information desk and I think I just missed the tour, but a helpful member of staff at the information desk had another member of staff take me into the exhibition – it’s a big place, so unless you know where to go it can be difficult to navigate. I’d love to hear if you decide to go and what you thought of it! You can contact me via my blog My Eye My Way.

There is another audio-described tour of the exhibition taking place on Thursday 11 July.