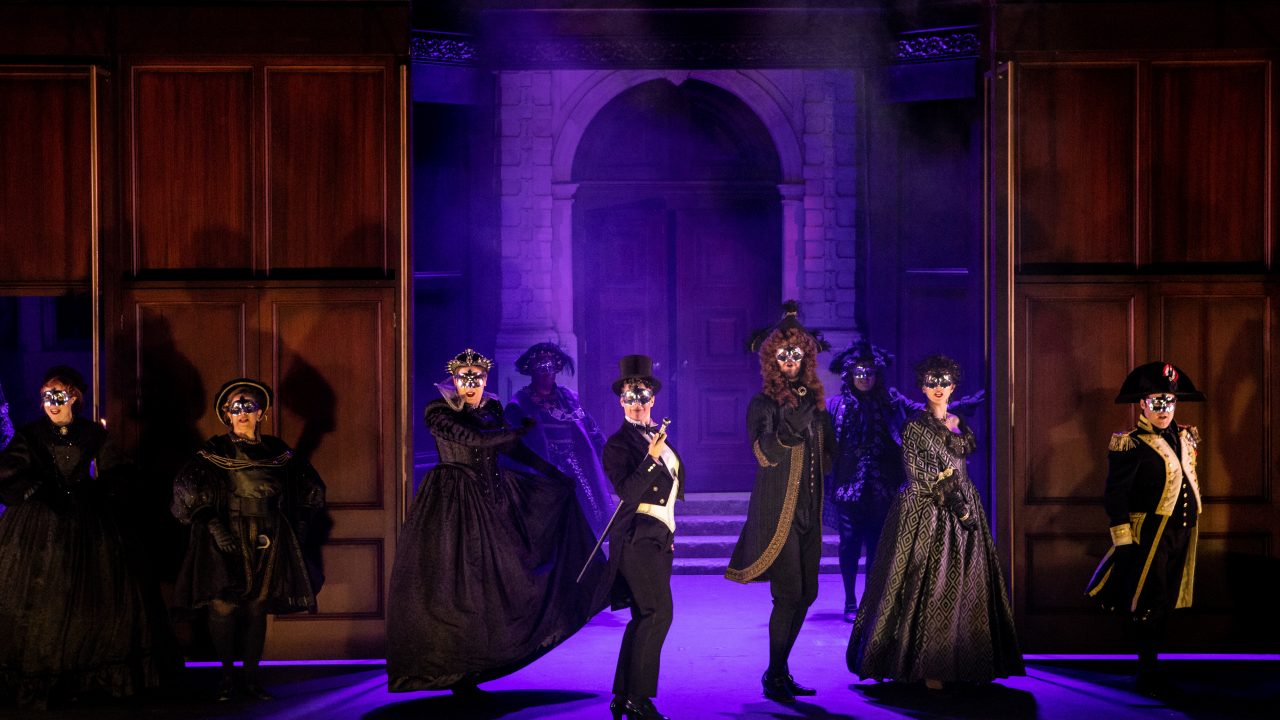 Opera Holland Park’s acclaimed 2019 production of Un ballo in maschera is brought to you in a new film with City of London Sinfonia via OHP’s YouTube channel and website on 3 June, 7.30pm.

It marks what would have been the opening of their 2020 Season.

“A sweet tenor, an agonised baritone, and two exquisite sopranos navigated Verdi’s passages from lyricism to mockery with great subtlety, sometimes alone, sometimes in twos, sometimes all at once. No one beats Verdi at rendering the gorgeous cacophony of desire and rage. The night quivered. The orchestra thrilled. The wind blew through the grand marquee, and I became a devotee.” Howard Jacobson, The Observer

The production was originally filmed as part of Opera Holland Park’s International Opera Award-winning Inspire project to take opera to the community and bring the community to opera. Designed to reach members of the community who were unable to attend the theatre in person, the film will be shown only once, free of charge, for everyone who is missing the buzz and collective energy of live performance.

Download an audio introduction by VocalEyes describer Jane Brambley in  audio or Word Large Print format from the bottom of this page.