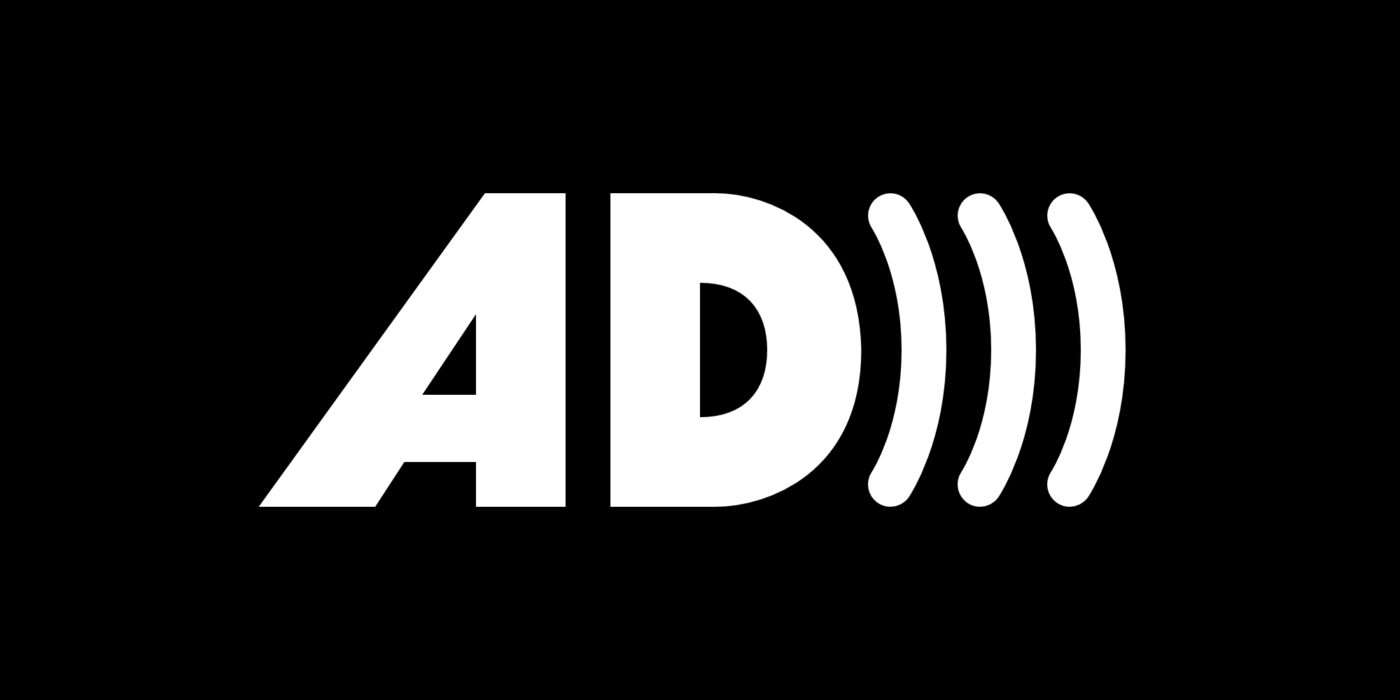 To understand what film audio description is, ask yourself ‘how does a sighted person get information or meaning from a film?’

They naturally have easy access to the video track of a film, and, unless they have significant hearing loss, they also have access to the sound tracks, which can generally be divided into three types:

So, to provide access to film for a blind or visually impaired person, film audio description effectively needs to give access to the film’s images and the on-screen text through the spoken word.*

It usually does this without interruption to the existing narration or dialogue, and by letting sound effects and recorded ambient sounds do their work. That might mean providing information of their source if they aren’t clear and are important to our understanding. For example, a screech of tyres may be obvious, but information about the potential implications – whether there is a threat to life, for example – needs describing.

So, film audio description has a clear task: to provide the information conveyed visually in a secondary audio track. This task can be very straightforward or complex. For a film that’s simply a recording of a panel discussion, then the describer will only need to identify the speakers (unless they verbally identify themselves, or are identified by the panel chair, for example). For a ballet, with music soundtrack, and no speech, the describer has to convey the movement and impression of all the dancers – often with near continuous description. If they are silent, then only the music remains.

Let’s explore the first one, the duration of the film. Traditionally on TV and in cinema, the AD track only starts when the film starts. For a feature film, that usually means there is little or no time to describe the setting, the appearance of the characters and their clothing. A film that starts and continues at a fast pace usually results in the describer being limited to description of key moments, the arrival of new characters, and changes of location.

What we do at VocalEyes to get around this is to add an Audio Introduction, a short audio-only track added as a preface to the start of the film. We usually hold the title screen for its duration. It usually lasts just a couple of minutes, longer or shorter depending on the length of the film and the complexity of the content. This is an element that we have taken from our practice in theatre audio description, where an Audio Introduction is scripted, recorded and made available to AD users a week before the audio-described performance, so they can listen and be prepared for the play in advance. The introduction is also read out again in the 10 or 15 minutes before the play starts as a reminder, or for those who prefer to listen to it then.

The Audio Introduction for a film and play in general contain similar information, but obviously how much of each depends on the film itself. As a sighted person, when the curtain goes up in the theatre, or a film starts – in the first few seconds I immediately get a sense of the production – the set, the characters and costumes – or the period or look of the film. That’s what the Audio Introduction can provide.

The second restriction is that film AD is generally restricted to the gaps between speech. However, there is a technique called Extended AD, which is the practice of temporarily pausing the video and main audio track to allow critical description to be delivered when pauses in dialogue are insufficient. There is an obvious advantage to this method, allowing the describer to do a better job and not be restricted by the film’s time constraints. However, there’s also a disadvantage: it can spoil the rhythm and pace of the original (which may also be long enough). Information and attention overload can be an issue with audio description. An extended AD might exacerbate this, or could ruin your sense of immersion in the film by jolting you out of the experience. Another disadvantage is that someone can’t enjoy the experience of watching that film at the same time as someone who is not using the AD. We might use Extended AD for a learning resource, that is for a film designed to convey some specific information, and where without the extended AD, the AD user would be at a disadvantage. However, for a creative film, we generally won’t recommend this technique– and will keep to the length of the original.

Rather than chopping up their films to allow description, what we would prefer is for filmmakers to consider how they can make their films differently, so that not as much audio description is needed. For example, in a documentary, where there are different people talking about the subject, why not get them to introduce themselves verbally, instead of just using text on screen. They could even self-describe (“I’m Mr. X, a white man in his 40s, wearing my favourite grey suit and wellies, so I’m fully prepared to walk across this marshland to talk to Mrs. Y”).

Also, when the documentary is about art or visual culture, why not ask the presenters to inject descriptive language into what they say – Basically, when writing or considering what you are going to say, imagine that you are broadcasting on the radio. Don’t assume that everyone can see it.

*That said, the project Enhancing Audio Description (2016-18, with a Part II starting in 2022) explored how sound design techniques can be used to rethink accessibility to film and television for visually impaired audiences.

Northern Ballet, Beneath the Surface

We’ve developed a resource to help people commissioning or making films: Guidelines for digital accessibility: film. If you would like to find out more, or get a quote for film audio description, please contact Marina Elvira, our Audio Production Manager.