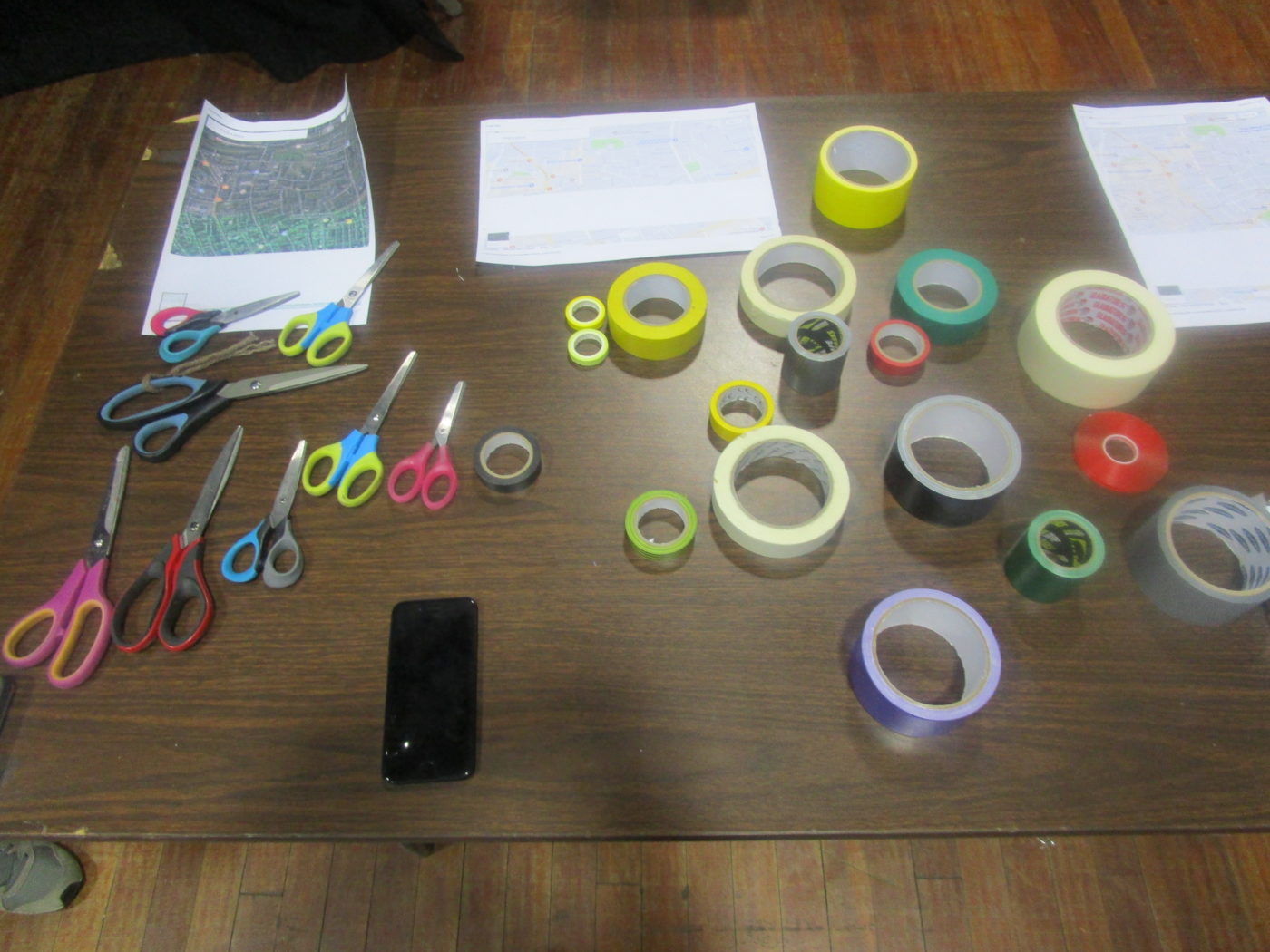 As an artist/researcher, the aim of my current research is to increase understanding of visual impairment and strive towards the production of a cross-modal arts manifesto for blind and partially sighted people.

In August 2017, I undertook a one-week residency at The Brady Arts Centre in Tower Hamlets, London, developed through the Open Lab scheme run by the Barbican and Guildhall School of Music & Drama. There I invited participants – both with and without a visual impairment – to undergo a series of practical experiments in performance art. On one day of the residency, artist/tutor Gemma Shaw led a workshop exploring sound as one of the contributing senses to the manifesto.

At the start of her workshop, Gemma told the group that when she first began teaching art to people who had a visual impairment, she learnt the importance of giving clear (vocal) instructions. Indeed, since the 1960s and ‘70s artists such as Sol Lewitt and Yoko Ono have made artworks that involve giving the audience a set of instructions for them to carry out. Yet, as Gemma pointed out, these instructions are often in written form, leading to potential barriers for people with sight loss. Gemma’s workshop addressed this issue by encouraging participants to make audio-based instructional artworks using their mobile phones. Thus her workshop added to the rich contextual history of artists using mobile phone technology to generate artworks, such as Tim Etchells’ Surrender Control (2001), which consists of a series of (written) SMS instructions, but prioritized the importance of sound over the visual.

Gemma invited participants to work in pairs. Person A waits while Person B, with their mobile phone, goes to a table laden with materials, and selects a card with a shape that Person A will be instructed to make. Person B then records instructions on their mobile phone about the shape and which of the materials that they wish Person A to use. Gemma underlined the importance of Person B not identifying the material by colour when recording their instructions, as colours lose importance; instead she suggested that Person B focused on the tactility of the element involved, e.g. ‘pick up the smallest reel of tape, pick up the thinnest reel etc., the tape with the most texture on it etc.’ Person A  then listened to the recorded instructions and made the shape onto the floor using the tape. Some participants chose to use blindfolds to heighten their other senses. The pair then swapped roles, and Person A instructed Person B (Figures 1-8).

As an artist/tutor myself, teaching activities in my classes are not displaced from the students’ own life experiences; there is often heavy student engagement in digital technologies as part of my research project Technoparticipation. Mobile phone technology is part of most people’s everyday culture and most students use their phones all the time. Indeed, it has been pointed out that this form of technology operates as appendages to their bodies.

In 2015, while working at Loughborough University, I designed a teaching session for students to work with digital technology in a creative way by using their mobile phones. A month prior to the session, I was informed that a student would be present who had a visual impairment. This, as far as I was aware, was a first for me, and so I started reading literature written by teachers who have taught students with sight loss, so that I could learn from their experience – I soon realised how visual my teaching materials had been up to that point.

The task I set students at the start of the session was to generate an artwork combining mobile phone technology and instructions. As the group of 12 students begun to experiment with their phones and think about the task at hand together, they made the collective decision to generate a set of short films which would include different sets of instructions relating to activities that the viewer would be invited to enact. While most students had designed short films where instructions were given using visual language i.e., text on screen, many of the students without visual impairments chose to work with the student  who had a visual impairment and produced audio recordings, taking inspiration from that student’s phone, an Alto 2  that was specifically designed for blind and partially sighted people where every feature and function is spoken. They also adopted a strategy with regards to the specific environment that they would create. Students decided that they would invite visitors to enter a room with the lights turned on and then, once the students had given the visitors a mobile phone each to listen to a sound recording, turn the lights out. Alternatively, students would blindfold visitors. This was an exciting usage of ‘visual negation’ as a strategy, offering the advantage to the blind person. Having made their films, the students circulated around Loughborough University campus and then around Loughborough town centre, attempting to elicit the participation of passers-by in their ‘mobile cinema’ they called Bluetooth Cinema (Figure 9).

In Bluetooth Cinema, students approached members of the public in the street and asked them ‘Would you like to see a film?’ If they agreed, they would then be blindfolded. Students then concentrated on generating an immersive encounter where participants had to prioritise the importance of listening (maybe in ways beyond normal listening levels), as they could no longer rely on the power of sight.  Once blindfolded and having listened to the recording, the participant was instructed to enact something that was super ‘bodily’, e.g. trying to balance a pineapple on top of their heads or attempting to move an After Eight mint from the top of their foreheads into their mouths without the mint falling onto the floor. The participants who took part in the activity told the students that even though they had found the activities playful and humorous in nature, often resulting in laughter, by having their sight impeded with the blindfold, it forced them to acknowledge other senses and the physicality of their bodies.

In a feedback discussion with students, what emerged as key in their learning related to how vision can often be taken for granted and that our cognitive understanding of the world (as made explicit in the case of the student who had a visual impairment) is derived not just through our eyes (through vision) but also through our bodies (we make sense of the world through our ears, through our noses etc.).

Most importantly, the student who had a visual impairment was appreciative that I had adjusted my teaching style to accommodate him, and that I had embedded acts of visual negation into the content of my class, and by doing so this underlined to myself and the students who did not have visual impairments  just how visual the subject discipline of Fine Art can be and how this needs to be challenged.

A longer version of this article will feature in the November 2017 edition of the Journal of Pedagogic Development.