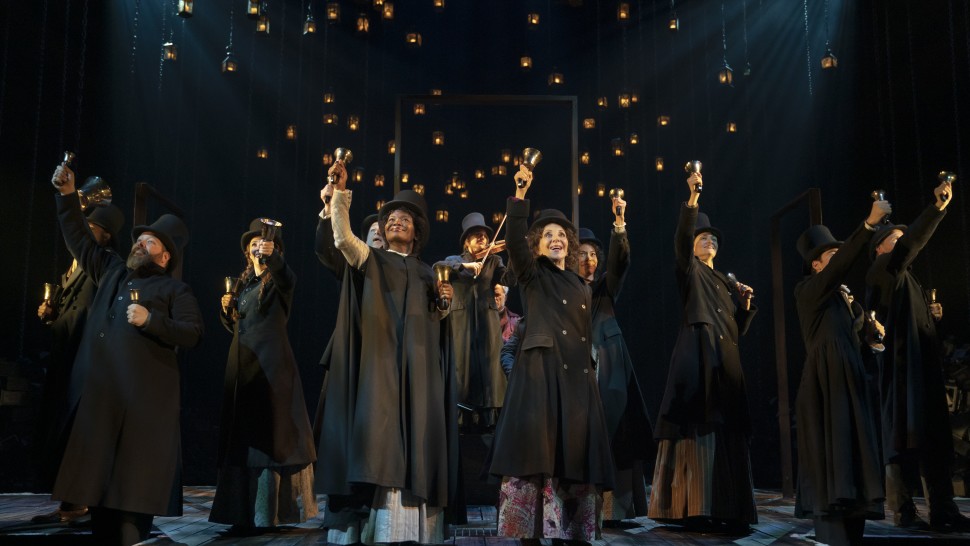 Welcome to the 30th edition of The Interval, our weekly listing of accessible arts and culture. With #AudioDescribed arts and culture to watch this week, coming soon, or any time!

ZooNation: The Kate Prince Company’s Some Like It Hip Hop (YouTube, audio described, duration: 1 hour 57 minutes). Please note, this will only be available until 7pm, Thursday 29 October, the day this post/newsletter is published.

Debuted in 2011, Some Like It Hip Hop is a nod to Billy Wilder’s Some Like It Hot and Shakespeare’s Twelfth Night. It tells a comical tale of love, mistaken identity and revolution, all played out in ZooNation’s unmistakable hip hop style.  Available until 7pm GMT on Thursday 29 October 2020. audio-described Programme notes.

A cast of Devon-based disabled actors from CEDA Arts (Community, Equality, Disability Action) will be joined by Coronation Street star Cherylee Houston in a short film which explores isolation in lockdown.

CEDA’s company of actors use their performing skills to tell their stories of life and disability. Their work deals with the trials and frustrations, the victories and challenges of everyday life.

‘When The Wheels Come Off’ has been produced as part of CEDA’s ongoing partnership with Exeter Northcott Theatre and will be premiered online as part of Unlocktoberfest. To be on the guest list of the watch party being held on 29 October, 7.30pm, please register your details (Eventbrite). For more information, visit CEDA’s website.

As we head back into Lockdown, there is one thing that is certain – Queer House Party is back and ready to give you the Halloween of your LIVES. that’s right, it’s pride month two, international gay holiday, HALLOWEEN! Welcome to Queer House Party – Electric Spookaloo! There will be costume competitions, there will be prizes and there will be FIVE performers gracing your screens. Alongside this, our resident DJs will be laying down some spooky beats that will make ya go bump through the night and into the AM.

Queer House Parties are hosted on Zoom and free entry, though PayPal donations are welcome. Check their socials (below) for the link just before the party starts, or get a free ticket from OutSavvy so the link lands straight in your inbox.

Contact [email protected] for the Audio description service (by Dot)

A Christmas Carol returns to the Old Vic’s stage for the fourth year running, to be streamed live via Zoom. Jack Thorne’s version of Charles Dickens’ indispensable Christmas tale is directed by Matthew Warchus, whose creative team includes three regular colleagues – set and costume designer Rob Howell, composer Christopher Nightingale and lighting designer Hugh Vanstone – from the team responsible for the RSC’s award-winning Matilda: the Musical. Casting has yet to be announced so we wait to hear if Paterson Joseph, who was last year’s Scrooge, will reappear in the counting house.

Visit the Old Vic’s website for full details, and online booking, which opens 10.00am Monday, 9 November.

Recommended for little ones aged 2 – 9 and their grown-ups. Directed and written by Elise Davison, based on the legend of Taliesin by Elis Gruffydd.

Ceridwen the witch has a problem. Whilst her daughter is beautiful and bright, her son Morfran is something of a lost cause. There is only one thing for it: powerful magic is needed. When Ceridwen leaves Gwion, Morfran’s best friend, in charge of stirring her VIP (very important potion) for a year and a day, she can never imagine the mayhem that will ensue.

Following a successful practice run with the Park & Dare in August, the play will be performed live over Zoom in a virtual tour this autumn. First Three Drops has a real party atmosphere, and you can be part of the action throughout, by dressing up, making your best sound effects and generally joining in with all the fun.

Tour dates and booking from 19 November to 5 December 2020

This short film, audio described by VocalEyes describer Louise Fryer, explores how Central’s actor training was developed to provide equitable access to student with visual impairments. Staff and students on Central’s BA (Hons) Acting Collaborative and Devised Theatre course discuss the challenges and solutions to ensuring an informative and effective learning experience was provided for all.

Find out more about The BA (Hons) Acting: CDT course

Find out more about Disability and Dyslexia support at Central

If you missed the live talk with curator Dr Imma Ramos and VocalEyes audio describer Lonny Evans, over Zoom, fear not, a recording is now available on the British Museum’s YouTube Channel. Lonny and Imma provide evocative visual descriptions of 10 key works and their context from the Tantra enlightenment to revolution exhibition, alongside images of each object.

Monteverdi’s Nine Books of Madrigals is one of the world’s most significant and diverse collections of vocal music, ranging from intimate 5-part a capella pieces in Books 1-5 to the virtuoso concerti for varied combinations in Book 7. In Book 1 we heard the youthful musical language of Monteverdi, still greatly influenced by his teacher, Ingegneri, and just beginning to find his own voice and explore the possibilities of the genre. By Book 2, the development in his musical language is significant, with the florid and fluent musical style of a mature Monteverdi very much in evidence throughout. Recorded in the spectacular setting of the Ulster Museum for Belfast International Arts Festival, these performances present this glorious music within a wider artistic context, showcasing the stunning spaces and diverse collections of the museum. Download the programme notes or go to Sestina Music’s website.