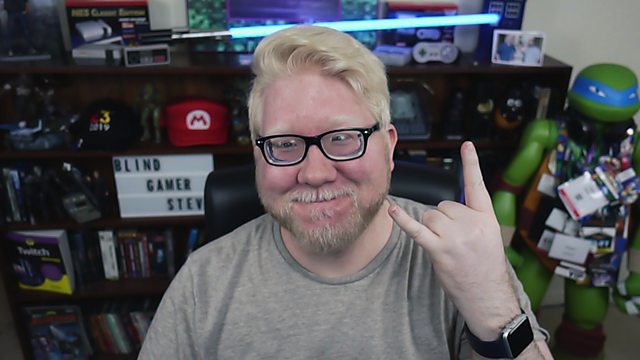 Welcome to The Interval, edition no. 42. Read on for VocalEyes’ weekly listing of accessible arts and culture.

Join visually impaired, Paralympic champion Lora Fachie MBE as she shares some of her tips and advice on how to prepare simple but tasty and nutritious meals. Starting with an introduction to Lora, her life story and sporting success. The following sessions will be cooking demonstrations where you can join in. Each recipe will be simple and easy to prepare, using only one pan. Laura will explain the recipe’s nutrition, along with advice on how to cook confidently and safely when visually impaired.

Prepare for Valentine’s Day with this workshop on love. From the trite to the unusual, explore everything that goes with love and take time to write about the hardest aspect of it.

Suzie Larke’s photography aims to increase awareness and conversations about the struggles of mental wellbeing.

After watching the play, check out the BSL Vodcast where two deaf artists discuss the themes of the play.

Produced by the National Park Service, Harpers Ferry Center, 2010, this video revealing the cultural and natural history of five islands off the coast of California that make up Channel Islands National Park – Anacapa, Santa Cruz, Santa Rosa, San Miguel, and Santa Barbara. With footage of Kelp Forest and the largest seal and sea lion rookeries in the world.

Find out about the last flight of Buddy Holly and fellow musicians on 3rd February 1959.

Artists read a favourite poem and talk about what it means to them. In the latest episode, songwriter Grian Chatten (Fontaines D.C.) reads The Windhover by Gerard Manley Hopkins.

Re-live some of the performances from April 2020, such as Alexis French, pianist, composer and producer, or British singer-songwriter and cellist Ayanna Witter-Johnson.

Radio 2 have announced the UK’s favourite musical song in a top 20 list as voted by their listeners. Les Misérables took the top two spots with One Day More and Bring Him Home. The top five also includes songs from Wicked (Defying Gravity), The Greatest Showman (This Is Me) and The Wizard of Oz (Over the Rainbow).

Here are some programmes coming up on TV this week with audio description.

You may also like these programmes from BBC iPlayer

The Boy in the Striped Pyjamas

Meet the Romans with Mary Beard

Whitney: Can I be me