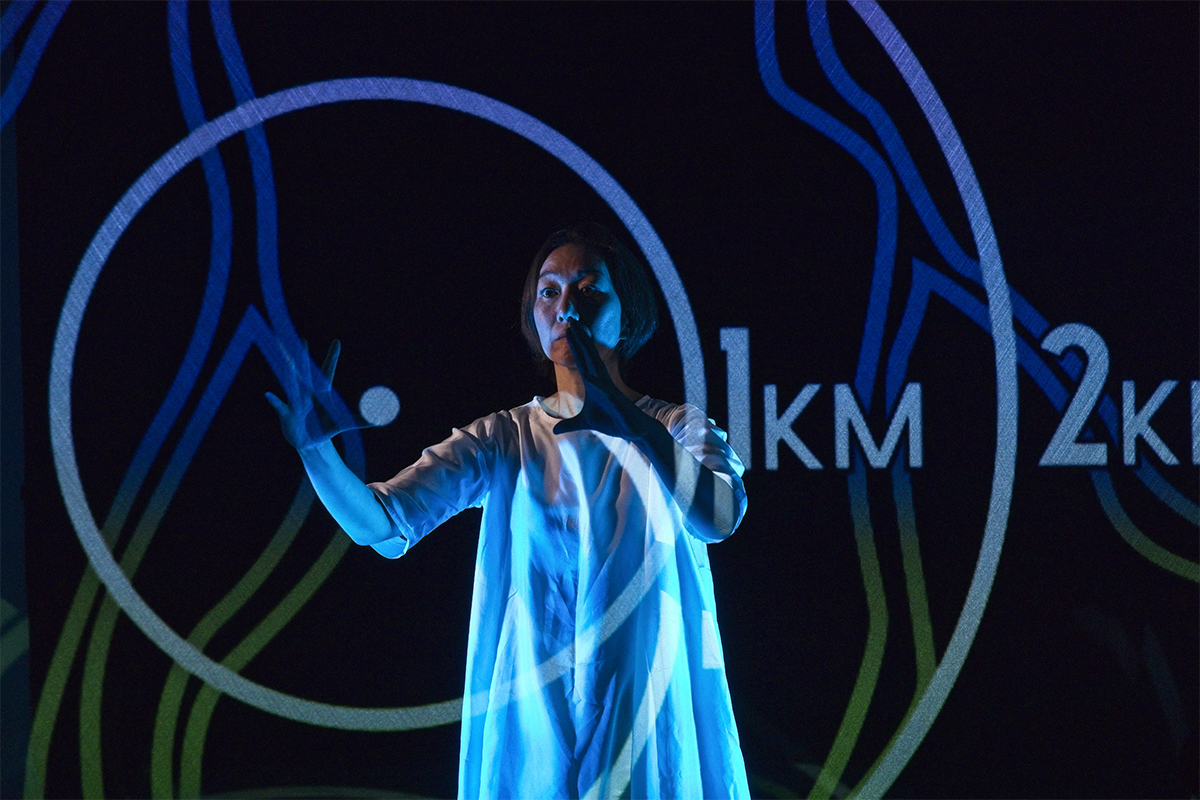 The Place, Spring Festival: How Do We Tune Into Sensation?

With live online Q&A on Sat 20 February, 7pm. Cutting-edge technology and choreography combine to create a powerful film unpacking the hidden perspectives of deaf survivors of the 1945 atomic bomb atrocities in Japan.

Join the Mischief team and help them bring an improvised movie to life. You’ll help decide the title, theme and location for the movie for a fabulous night in!

For people living in Cambridgeshire and Peterborough. Weekly discussion group by phone.  Explore and discuss the Kettle’s Yard art collection through touch in a series of sessions with artist Rachel McGivern and staff from the venue. Register by phone 01223 364303 or email [email protected]

Join Suki Pantal as she continues to take us on a culinary tour of India with another interactive workshop for authentic Indian cooking specifically for the visually impaired. You can Cook Along or listen and cook later. A list of ingredients is sent out in advance and the recipe afterwards. This month, Chicken ghee roast from the Southern state of Karnataka is on the menu. Register by phone on 01684 891796 or email [email protected]

Hear from the author Raven Leilani on her debut novel, Luster, in a broadcast conversation with novelist Diana Evans. The novel has won plaudits across the board.

First in the series of monthly short films bringing the Museum to you. Taking inspiration from Valentine’s Day. Find out about some objects from the Museum’s collection that symbolise love and show the different ways people have thought about love over the years.

When you live in the city, every park is a haven. A heart-warming short play celebrating the importance of appreciating the small things in life, even in the hardest moments.

Learn about some of the objects from the National Maritime Museum’s collections related to China and Chinese history from Aaron Jaffer, Curator of World History and Cultures.

Listen to the first in a series of three songs by Sonia Allori on the theme of being locked down and locked out.

Celebrating Graeae’s 40th year, hear from the co-founder, Nabil Shaban about his ambition of being an actor and a writer and what led him to set up Graeae theatre.

Tribune Magazine, A World to Win, The War on Disabled People: An Interview with Ellen Clifford, podcast, 49mins

Activist and author Ellen Clifford discusses the impact of successive governments’ human rights violations, a decade of austerity, and the pandemic on the lives of disabled people in Britain.

Looking back to 1971 when decimal currency replaced pounds, shillings and pence in the UK.

Listen to this mood-boosting mix whenever you’re in need of an uplift!

For All the Family

Join Greg Jenner in 16th-century England to meet one of England’s greatest writers, William Shakespeare. For all the family.

All episodes of recent ITV big dramas The Bay, Finding Alice, and The Pembrokeshire Murders are available with audio-description on the ITV Hub mobile apps. You can also watch Series 2 and the new Series 3 of Marcella, and why not catch up on the last series of Unforgotten before the new Series 4 begins on Monday 22nd February?

Raiders of the Lost Past with Janina Ramirez, BBC2, 9pm.

Stand up and Deliver, Channel 4, 9pm.