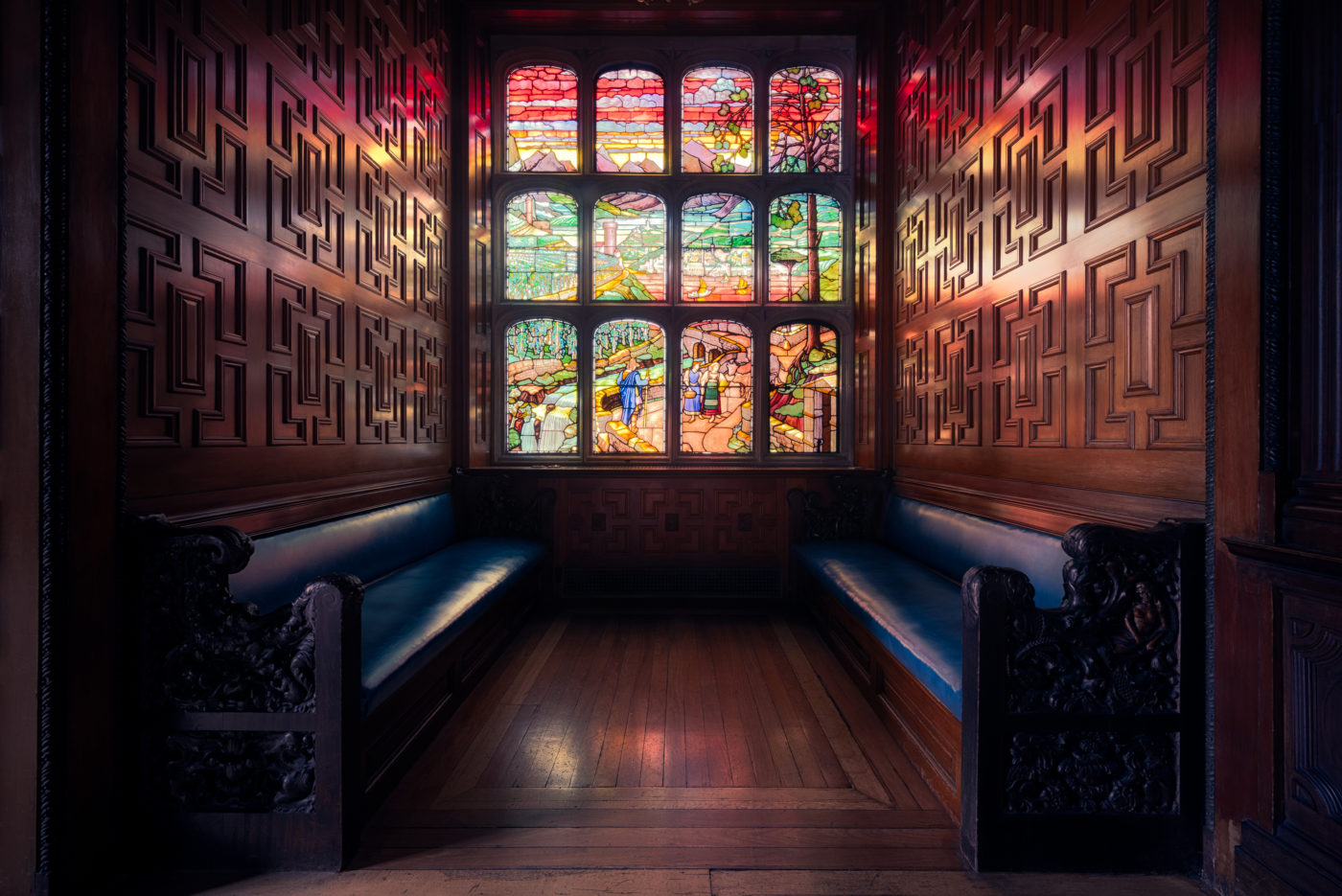 Welcome to The Interval, #53, VocalEyes weekly listing of accessible arts and culture online.

Join audio-describer Lonny Evans to take you on a tour of this spectacular neo-Gothic mansion. Learn about the history of the building and discover key features of the extraordinary interior. Book your ticket on Two Temple Place’s website.

Take a look with the world premiere of 2036, three exhilarating showcases from the next generation of theatre designers. Working with a team of writers, creatives and performers, the Project 2036 cohort have used design to tell the stories they want to tell. What will the theatre look like in 2036?

This month’s session takes an in-depth look at Edouard Vuillard’s The Mantelpiece (La Cheminée). Book a ticket to receive the Zoom joining link.

Booking is now open for Opera Holland Park’s matinee performances for four of their main stage productions. Each performance will be relaxed and audio-described by VocalEyes. The auditorium has also been redesigned to improve access for those with mobility difficulties. All access bookers are entitled to a half price ticket for themselves and for one companion. Book online, email [email protected] or call the Box Office on 0300 999 1000. Book early to avoid disappointment.

The Marriage of Figaro, Sunday 20th June at 2pm.

Read Emma Purcell’s report into the lack of AD on TV and support her petition to make audio description compulsory on all films, TV programmes and streaming services.

Take a journey through the Peak District in voice and sound with Poet Mark Wynne Jones. Marking the 70th anniversary of the Peak District National Park. Listen to soundscapes from the  countryside, mixing old Derbyshire voices with natural sounds, poetry, and music.

“In summer 2020, after months of lockdown, we set out to create an Audio-visual experience in the landscape, at home in Cornwall on the cliffs at Botalla.” Listen to a journey in sound and landscape exploring responses to isolation and connectedness within communities.

From Plato to Freud, witches to suffragettes, discover everything you never knew you needed to know about the history of hysteria. In a riotous digital lecture, join Rebecca (along with a puppet or two) for an eye-opening expedition into this fascinating ‘diagnosis’ and follow her own personal quest to shake off a label that has been placed on women for over 2,500 years.

The Senses: Design Beyond Vision – The Wikisinger (2015). Audio-described, YouTube 3mins.

Listen to the changes in sound as a singer performs in different locations from a cosy bedroom to a Church knave.

Off Book: Podcast from The Young Vic. Soundcloud, approx. 45mins.

The Young Vic’s podcast features interviews with many of the exciting artists who have visited recently. Listen to their latest one: Nadia Latif on the importance of the bookshelf.

Mondrian at the National Gallery of Ireland. Audio-described. YouTube, 13mins.

Listen to descriptions of five key works from our Mondrian exhibition. Mondrian’s paintings are brought to life with detailed explanations of the subject matter and painting style.

Find out about the man behind the myth and the sites connected with his story ready for St George’s Day on 23rd April.

A 10-part audio series written by David Rudkin. Unique stories conjuring up hidden voices and haunted landscapes, transforming your sense of the landscape around you.

Talk Ability, Episode 4: Disability Behind the Camera with Holly and Kai. Podcast, 36mins.

Hosts Robert and Kieran meet Holly, who has cerebral palsy and Kai, who has chronic pain. Neither are deterred from following their dreams as they are studying photography at City of Glasgow College.

Explore traditional stories from around the world. Children can join in with songs, rhymes and listening games with a story in each episode.

RNIB is running a brief survey to understand the current perceptions around the provision of audio description (AD) on video on demand (VOD) services amongst viewers who have sight loss. The survey will help find out what VOD services blind and partially sighted people are using, what changes they’ve seen (if any) in the provision of AD over the past few years, and what further improvements need to be made in this area. Complete the survey here. There are only six questions and should take around five minutes to complete.

Here’s our selection of TV programmes with AD for the coming week. Programmes subject to change, correct at time of publication.

The Art of the Joy of Sex, Sky Arts, 9pm