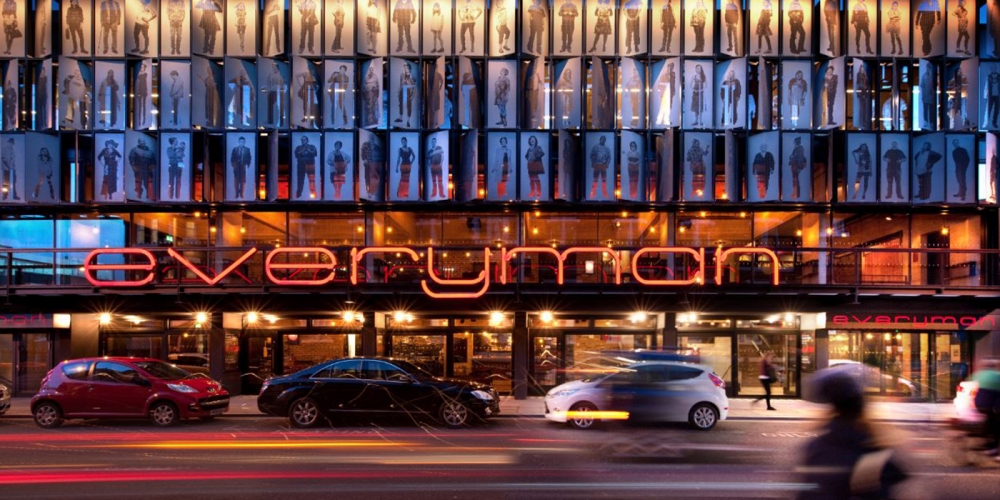 Situated on Hope Street, between the two cathedrals, the new Everyman opened in March 2014 to great acclaim from audiences and critics, winning the 2014 RIBA Stirling Prize for architecture. Accessible and environmentally sustainable, the new theatre combines the trademark wrap-around auditorium and basement bistro with many new facilities. The Everyman is easily accessible by bus, train, car and City Bike. Since we’re striving at e&P to be a greener business, we hope you’ll consider the impact of your travel when you visit.

With bike stations across the city and at Lime Street Station, there are two stations by the Everyman; opposite the theatre on the corner of Hope Street and Mount Pleasant and next to the Metropolitan Cathedral steps. Tariff packages are available from £3 per day, £9 for a week or £60 for a year. Find out more about citybike.

Citybike is an initiative by Liverpool City Council, part-funded by the Department for Transport and operated by Hourbike Ltd.

Postcode navigation: use L1 9BH to find the Everyman theatre.

If you are driving to the Everyman theatre, please bear in mind that street parking is extremely limited. There are, however, a couple of car parks nearby that are available to use after 5.30pm Monday to Friday and all day on Saturday and Sunday.

Both of these car parks cost £3 for over 3 hrs.

Frequent services operate from the city’s two main bus terminals, Liverpool ONE and Queen Square, many of which will bring you directly to the Everyman theatre.

The following buses stop on Myrtle Street outside The Philharmonic Hall, a minute or two walk away from the Everyman theatre:

86, 86A and 86C between Liverpool John Lennon Airport, Garston, Allerton and Smithdown Road

The following buses stop on Oxford Street, a minute or two walk away from the Everyman theatre:

The following buses stop on Brownlow Hill, a five minute walk away from the Everyman theatre:

6, 7 and 7A between Warrington, Huyton, Broadgreen and Edge Lane

Catch a Northern Line train to Liverpool Central station. From there, it’s a ten minute walk to the Everyman theatre.

Exit the station on Ranleagh Street, turn right and walk up to the Lewis’s building. Cross over the road (with The Adelphi Hotel on your left) and turn right up Mount Pleasant. You’ll find The Everyman at the junction of Mount Pleasant and Hope Street.

Catch a City Line or mainline train to Liverpool Lime Street station. From there, it’s a ten minute walk to the Everyman theatre.

Travelling by train from Wirral

From January to June 2017 Merseyrail train services between Liverpool and Wirral will be significantly disrupted, visit merseyrail.org for more info.

Use the Merseyrail planner to quickly see how your specific journey will be affected during each phase of Wirral loop line track renewal.