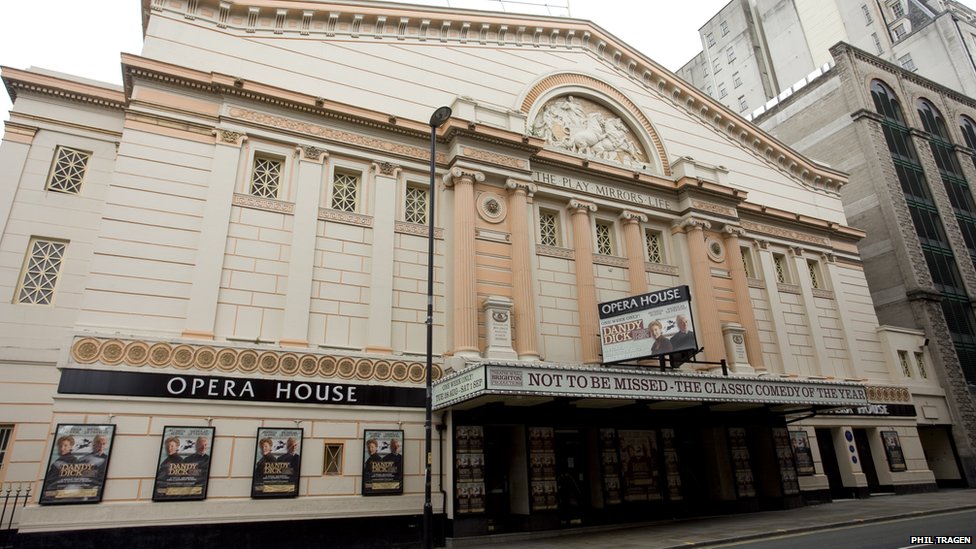 The Manchester Opera House, known simply as just the Opera House, is one of the largest theatres in Manchester, England. The venue plays host to concerts, musicals, ballets and a special Christmas pantomime each year. Listed as a Grade II building, the Opera House has seen its fair share of ups and downs over the years.

The opera house features an infra-red sound enhancement system for patrons with hearing impairments. Access to the sound system can be provided via headset, which is available in the cloak room for a £10.00, returnable deposit. Hearing and guide dogs are permitted in the theatre.

Manchester is served by an excellent Motorway network:

The nearest car parks are Spinningfields on New Quay Street and Great Northern. For discounted parking bring your car park ticket to the theatre cloakroom for payment & validation (prices vary and are subject to change).

To get the discounted parking rate you must bring your car park ticket to the cloakroom at the theatre for it to be validated.

The Opera House is close to the Deansgate Station and also the Oxford Road station is 10 mins away. Piccadilly train station is only 1 mile from the theatre.

Coaches operate from the coach station at Manchester Central. This follows an extensive refurbishment of the site, formerly known as Chorlton Street Coach Station.

The Opera House is situated on Quay Street and is on and close to all the major bus routes.