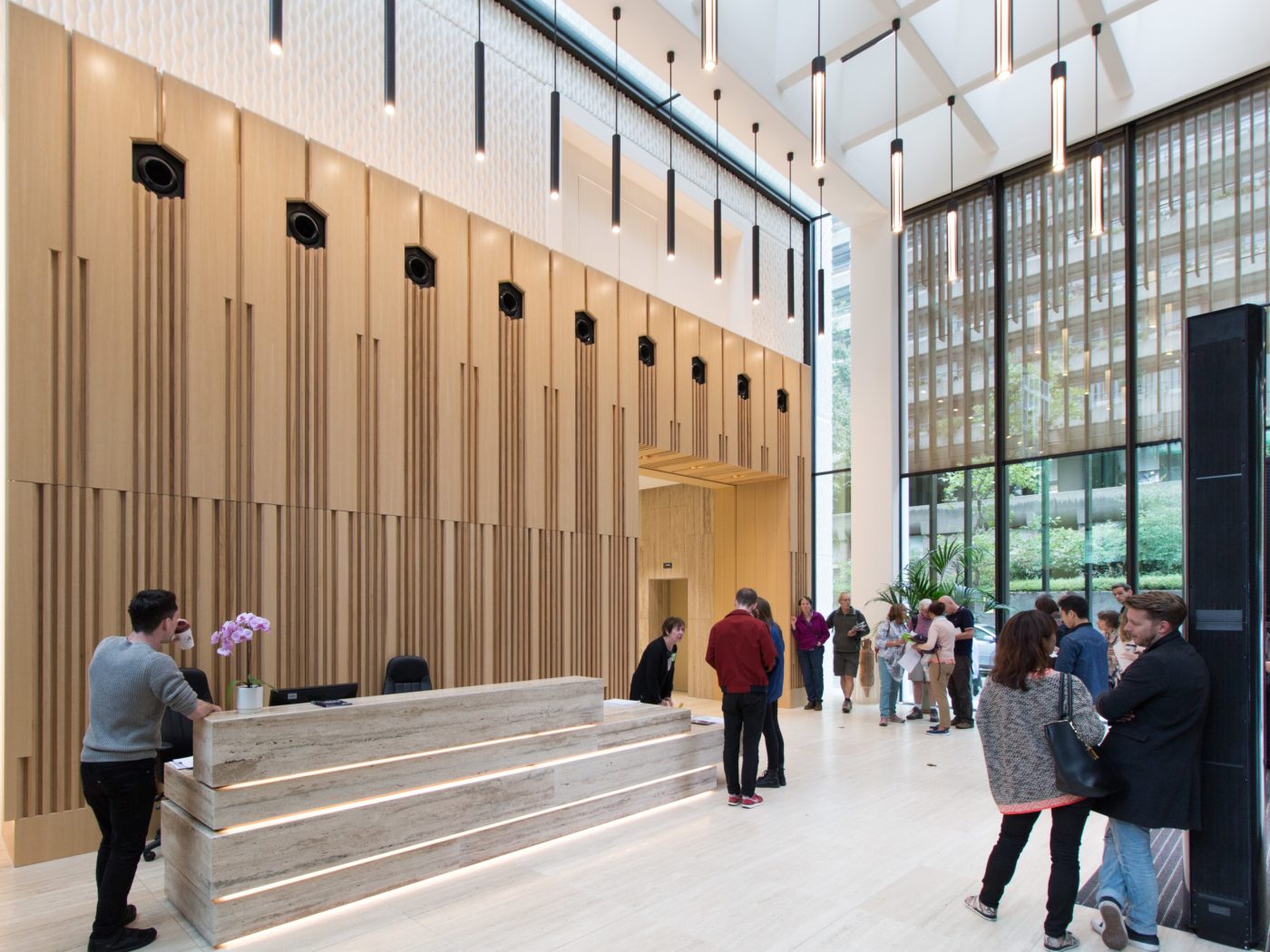 Salters’ Hall, a Grade II listed Brutalist building, has recently reopened following extensive renovation by De Metz Forbes Knight Architects in 2016. Designed by Sir Basil Spence in the 1970s with interiors by David Hicks, this building is home to the Salters’ Company, one of the Great Twelve Livery Companies. Come and explore the Salters’ Company historic archive as well as their fine silver collections through an audio-described tour of this stunning building.

It was Sir Basil Spence, architect of Coventry Cathedral, who produced the concept for the Salters’ post-Blitz hall, complete with its bush-hammered concrete ribs and jutting ceremonial staircase.

Spence’s failing health meant it was completed by his successor, John Bonnington.  Spence won the job against a rival scheme by Ludwig Mies van der Rohe, the legendary German-American architect.

The interiors were completed by influential designer of the time, David Hicks, who also lavished his rich colours and geometric patterns on projects for Vidal Sassoon, Helena Rubinstein and an apartment for the Prince of Wales at Buckingham Palace. Hicks also laid out the sunken public garden, with pergolas and a parterre.

de Metz Forbes Knight Architects updated Sir Basil Spence’s design by adding a pavilion entrance to the building, replacing what was previously a garage.  Spence’s original structure and the extension have been linked by floor-to-ceiling glazing, and a glass roof that reveals the underside of the hall’s cantilevered staircase.

‘It’s a muscular building and we wanted to try and maintain its sense of monumentality with the new entrance, and that’s why it has this rather baronial feel to it,’

He adds: ‘You’ve got the columnar structure which is white concrete, the same as the rest of the building, and we’ve created a portcullis arrangement that has that castle-like feel about it.’

The new pavilion entrance opens onto three sides, offering views onto the garden as well as the nearby Fore Street and the remains of the old London Wall.

dMFK Architects have included several references to salt throughout the refurbishment, a nod to the building’s historic links with London’s salt trade, including the use of a range of innovative materials and installations to enhance the various spaces in the building. Sculptural references to salt feature throughout, from the bush hammered white concrete exterior and salt coloured Tivoli Travertine Classico floor tiles, to a hanging light structure with salt shaped bulbs, which drops through and illuminates the ceremonial staircase.  David Hicks’s work throughout has been faithfully restored, with honeycomb-patterned carpets and the fifth-floor “salt lobby” reinstated. This is a vaulted corridor loosely modelled on a salt cave and lined on one side with antique silver salt cellars. The main brass and concrete staircase has been restored and hung with a cascading chandelier, whose lights are rock-salt crystals.