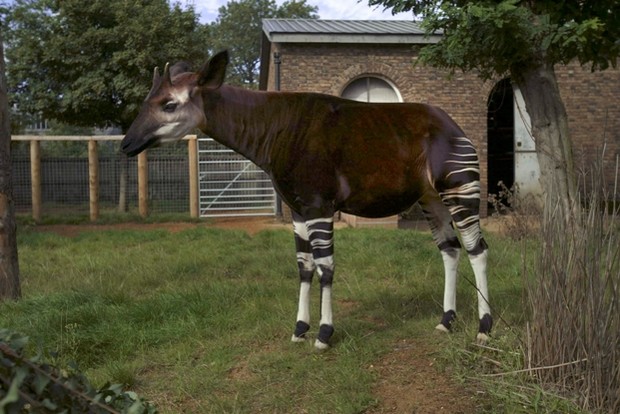 The Zoological Society of London (ZSL) was founded by Sir Stamford Raffles in 1826 and became the world’s first scientific zoo in 1828, admitting paying visitors to aid funding in 1847.

ZSL London Zoo is open 364 days a year to allow as many people as possible to encounter non-native animals in the flesh. Over the years significant artists and architects have contributed to the creation of a huge variety of animal enclosures, providing acceptable conditions for wild animals to survive outside their native environments.

Andrew Sachs worked with VocalEyes describer Wendy Moor on the description of ZSL London Zoo for London Beyond Sight (2012).

On exiting Regent’s Park tube station, cross over Marylebone Road by the traffic lights and turn left into Park Square West.  Cross over the Outer Circle onto the Broadwalk which is directly in front of you and continue on (heading North) until you reach the Outer Circle again.  Turn left onto the Outer Circle and the Zoo entrance is 200 meters on the left.

On entering the zoo, turn right and follow the ramp underneath the Outer Circle Road.  Just before the bridge that crosses over the Regent’s Canal, turn left and follow the path leading “into Africa”.  The Okapi House is on the left as the path curves round.

The paths are generally tarmac and there is level or ramped access to most buildings.  However, the slopes leading to the two tunnels in the Zoo are quite steep.

Parking – Parking for Zoo visitors is available in the Zoo’s Gloucester Slips Car Park.  Please note that there is a charge for the use of this car park.