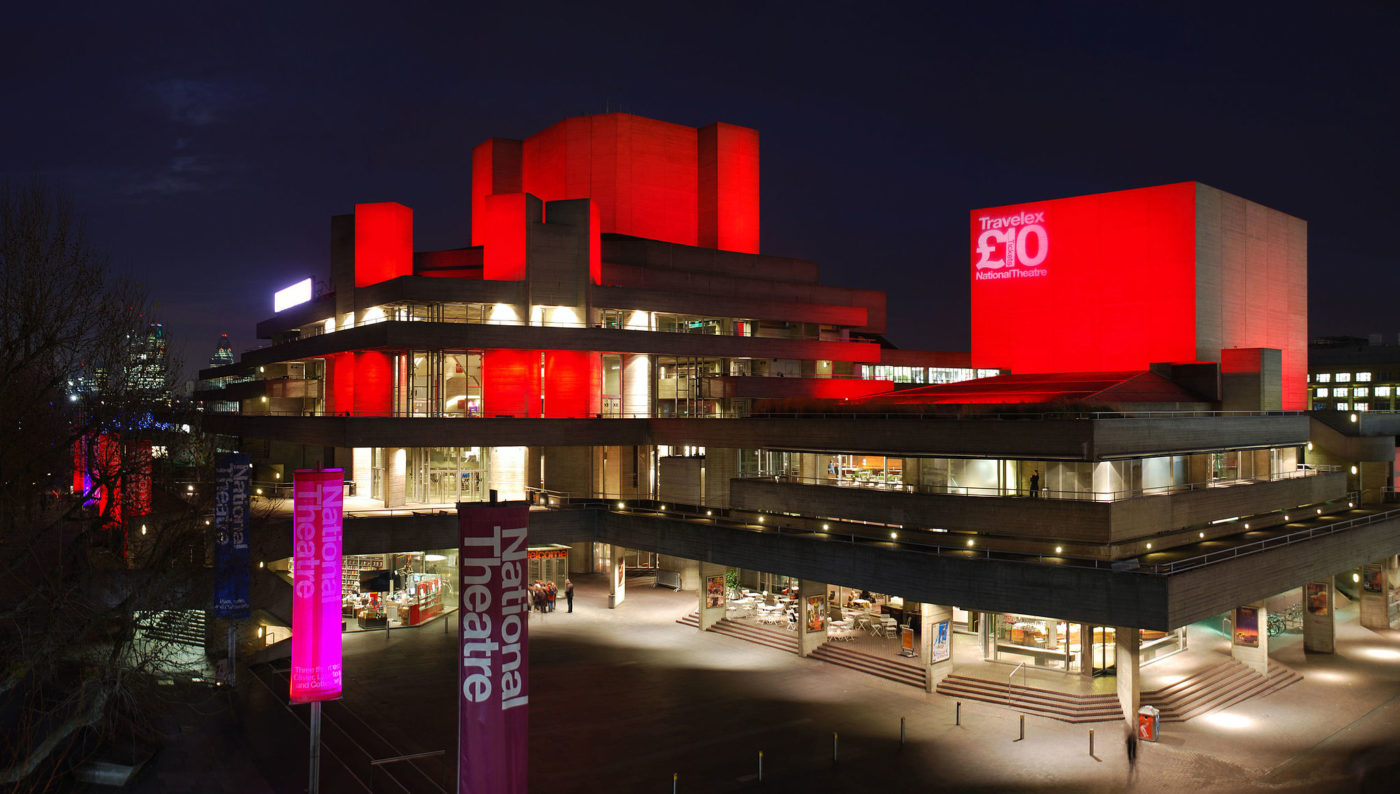 At a press conference this morning, the Director of the National Theatre, Rufus Norris, announced the launch of a pilot of a new technology that promises to revolutionise accessibility of theatre performances. The aim of the project, called Open Access Smart Capture, is to offer audiences captioning and audio description at every single performance of a production, and not just at a limited number of specially scheduled assisted performances.

Demonstrated at the NT today (with appearances by Olivia Colman and Olivia Williams performing a scene from the the NT’s recent production, Mosquitoes) was the first stage of the project, which delivers captions. Together with their technology partner Accenture, the NT have developed a system which enables users to see captions projected onto lightweight smart glasses, designed and manufactured by Epson. Newly-developed software means that the captions are automatically cued. Users can personalise the position, font and background colour of the captions.

While today’s demonstration showed the development in captioning technology, the second phase of the project will take on the challenge of automating audio description. Of course, this won’t be using smart glasses or text; instead the software will be developed so that a recording is made of an audio description at a technical rehearsal or early performance, which is time-coded, and is then re-played through headsets to audio description users at each subsequent performance. Of course, there are many things to work out – how much automation is possible? What happens if the actor doesn’t say the line that the system is expecting her to say? What if the production is much quicker than when the original AD was recorded? All these things will of course need to be investigated, tested, trialled and tested again.

The National Theatre has therefore asked VocalEyes (and our close colleagues Stagetext, who make theatre and culture accessible to deaf, deafened and hard of hearing people) to be involved in the coming months of trials, in VocalEyes’ case, to support the NT in the development of the automation of audio description, involving blind and partially sighted audio description users and our experienced audio describers, several of whom also work independently as describers for the National Theatre.

The initial trials (for captioning) will be in live productions across each of the NT’s three auditoriums. Beyond that, the system is planned to be rolled out to more productions with the aim of having all performances using the new system by October 2018. The audio description phase of the project will begin later and be standard for all productions by April 2019.

After the pilot, the National Theatre plans to make the Open Access Smart Capture system available for other theatres to use, with the support of VocalEyes and Stagetext, recognising their role in the sector.

We’ll do regular updates on how the project is progressing, and we are likely to be publicising opportunities to trial the system during the pilot phase at the National Theatre. We’ve opened comments on this post, so please, if you have any questions or thoughts on this new initiative, please leave a comment below.