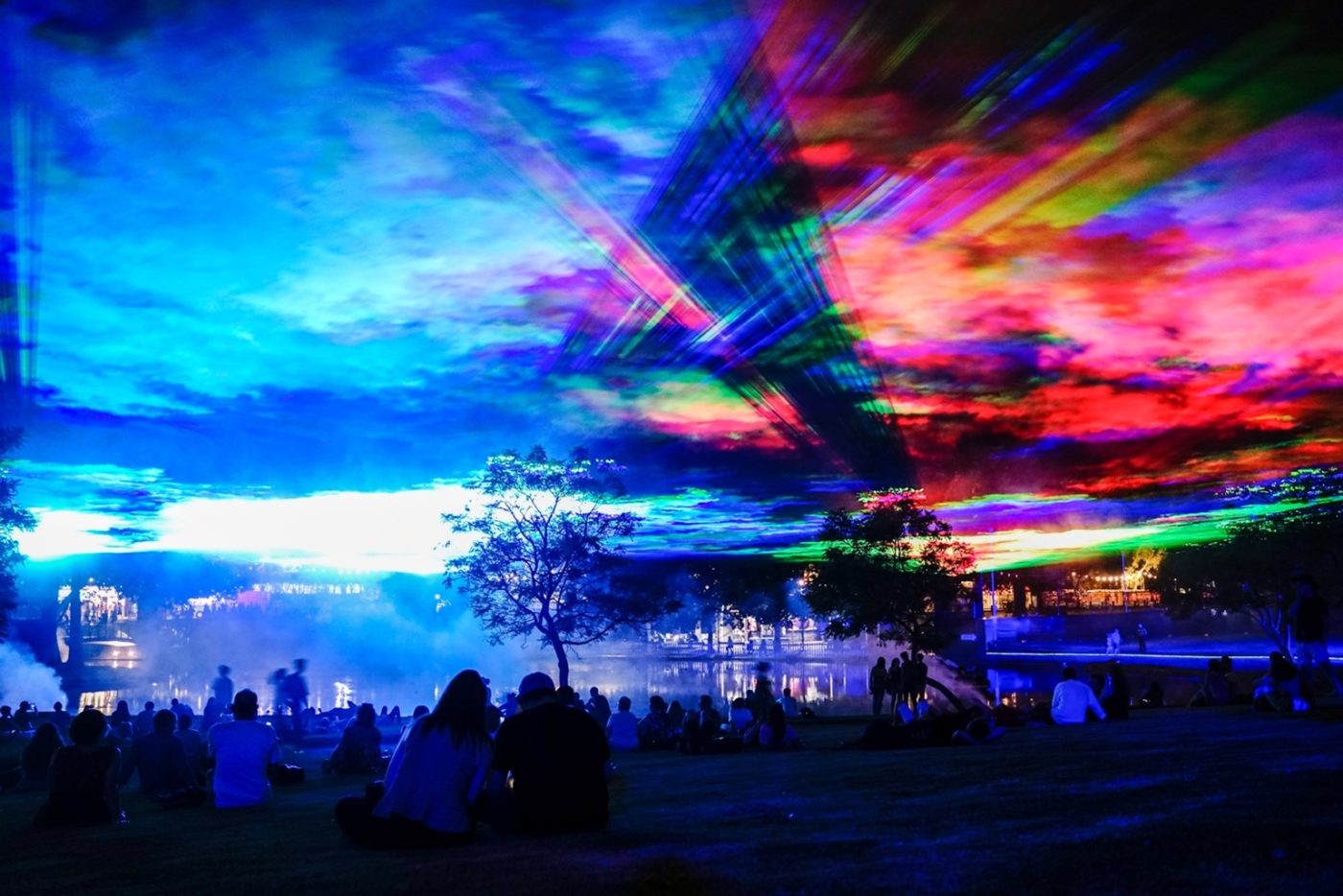 Two actors, a hundred characters and a 4,000-year-old tale about the strength of the human spirit. Cast members Joan Iyiola and Ashley Zhangazha will share the role of Sinuhe, with a game played on stage at the start of each performance to decide who will play the role.

Putting outdoor arts centre-stage as never before, marking our emergence from the pandemic with productions that celebrate our reconnection with the natural world, telling diverse and compelling stories, and bringing the GDIF experience to your doorstep. Details of audio described performances below. All access information available on the GDIF website.

Slapstick and Slaughter attempts to confront the absurdity of war in just 40 minutes using the body, voice and the surrealist toolbox of DADAism. Followed by feature film Washed Up, a bleakly comic study of a creative relationship in crisis.

With high-energy choreography and a sumptuous set design (including over 14,000 litres of water on stage every night) combined with the charm, romance and wit of one of the world’s best- loved films.

A thrilling story of pride, glory and betrayal in the epic new take on Greek legend, Philoctetes – once a celebrated wartime hero, now a wounded outcast on a desolate island.

A wild, surprising, fierce and funny version of Shakespeare’s classic. Illyria is a society in limbo, held captive by loss. Until a sea-drenched stranger arrives and unexpectedly unleashes the chaotic and transformative power of love.

A haunting thriller. Twenty years after the death of Mr. West, his descendants gather to learn who will inherit his vast wealth and the hidden family jewels. Within moments, the heritage hunters turn into prey. Walls crack open, shadows loom and dark secrets are revealed.

Who is The Cat? His movements soundless, unnoticeable, and his vengeance swift! Who will feel his horrible grasp next?

An 80-year-old lady, who has chosen to live on her own in the remote mountains of Sweden, reflects on her life and about finding a place to call home, so isolated from everything many of us take for granted.

Orator and Black Power activist Michael X addresses the crowd at the 1965 Racial Adjustment Action Society, ‘the lifeblood of the Black man in Britain.’ His incendiary speech takes in his journey from Trinidad to Notting Hill and the destruction of the Caribbean dream in the face of British racism.

August 1961 saw the Berlin Wall built in a matter of days, dividing East and West Germany for 28 years.

Written and performed by Karen Spicer, a working-class gay actor and theatre maker. This political and moving poem is based on Karen’s chats about Shakespeare with her mum and friends on Shelford Road in Gedling, a former mining town near Nottingham where Karen grew up.

Matt Baker: Our Farm in the Dales, Channel 4, 7pm

Bob Dylan: The Other Side of the Mirror, Sky Arts, 9pm

Summer of Wild Weather: Is the worst to come? Channel 4, 9pm

Secrets of the Museum, BBC2, 9pm

The Festival that Rocked the World, Sky Arts, 11pm

Event image: From Greenwich + Docklands International Festival, the aurora borealis is recreated with multi-coloured lights over a night sky in a city park. Couples and groups watch from below.