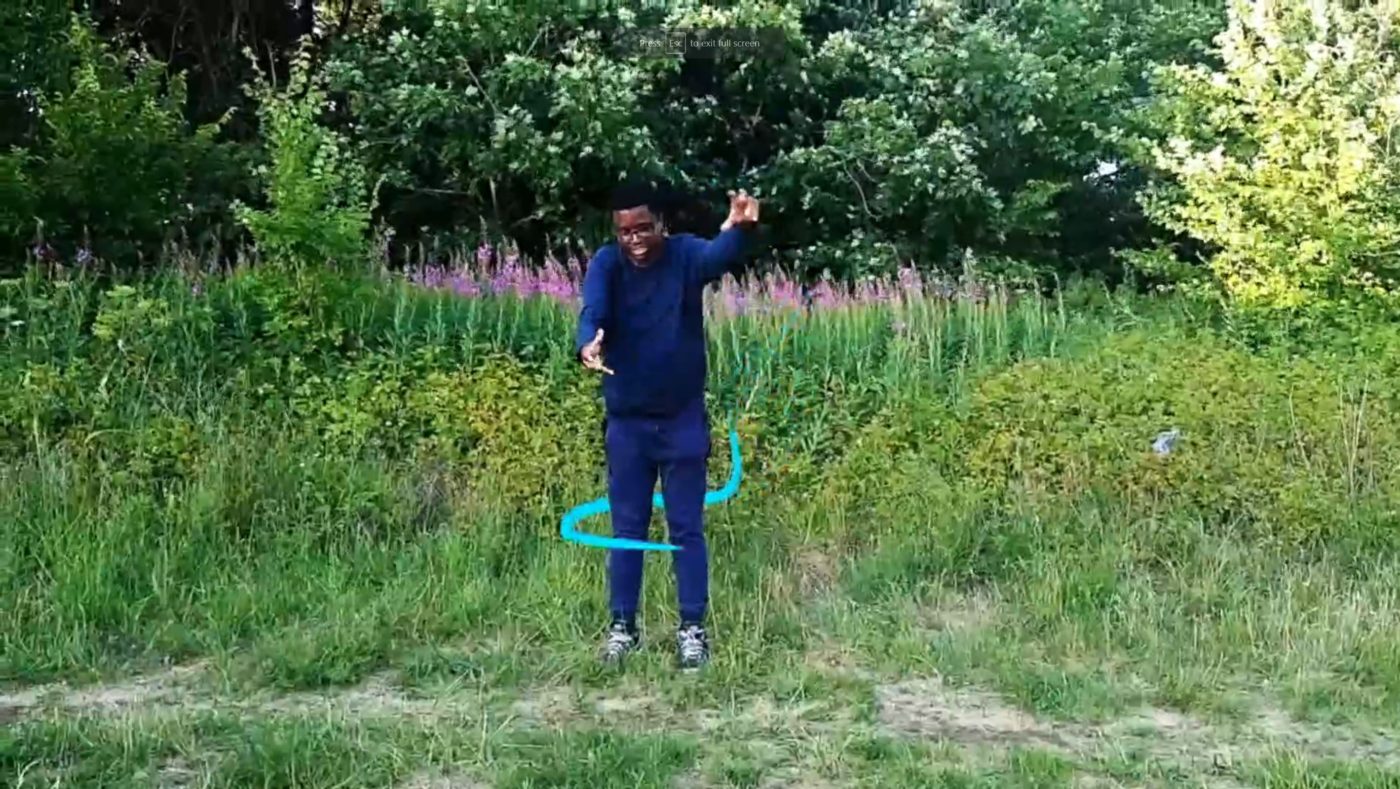 Welcome to VocalEyes What’s On & Online for Thursday 2nd September, our weekly listings of accessible arts and culture. It may be gloomy outside but there’s plenty here to brighten your day throughout September and beyond!

If you’re an 18–30-year-old disabled Londoner, the Centre of Accessible Environments (CAE) Pathways Academy will give you the knowledge, skills and confidence, for a career in inclusive design, diversity and inclusion or access. You’ll receive 22 days of training – delivered over 9 months between October 2021 to June ’22– on topics like the principles of inclusive design, access auditing, website accessibility, designing for neurodiversity and more. You’ll also get hands-on experience from shadowing an access professional.  You can find out more about last year’s trainees and book your place by visiting cae.org.uk/pathways.

Experience this beautiful story and be inspired by this imaginative dreamer who discovers her voice, uncovers the power of human connection and sees possibility around every corner.

Explore the life and work of horses in the Black Country’s past. Come and meet Danny, our resident hard-working horse, and learn about his role at the Museum.

Poetry and movement in this explosive autobiographical piece of storytelling.

From historic feud to ill-fated union, Shakespeare’s classic returns to the stage.

Disney’s award-winning musical explodes with glorious colours, stunning effects and enchanting music. Follow the powerful story of Simba as he journeys from wide-eyed cub to his destined role as King of the Pridelands.

Award-winning poet and playwright Inua Ellams in his audience-led poetry event. Pick a word, any word. Prompted by audience suggestions, Inua Ellams will perform a reactive and spontaneous selection of his work. Each show is unique and special.

An epic hit musical based on the classic DreamWorks Animation film. Journey through the wonders of Ancient Egypt as two young men, raised together as brothers in a kingdom of privilege, find themselves suddenly divided by a secret past.

The multi–Olivier Award nominated, international smash hit everyone is losing their head over! From Tudor queens to pop princesses, the six wives of Henry VIII finally take to the mic to tell their tales.

A story of a family re-learning what it means to be Jewish in twentieth century Vienna in Tom Stoppard’s epic yet intimate drama.

Discover how the world’s most famous sorcerer mastered his magic to unite a warring kingdom. Northern Ballet takes you on a sweeping epic adventure of heartbreak, hope and more than a little magic.

Shakespeare’s play returns with piñatas, streamers, glitter and a cacophony of brass.

From hundreds of hours of footage across a gamut of post-revolution Iranian cinema, Maryam Tafakory distills a haunting twenty-minute collage which highlights how subtle and resourceful Iranian film-makers have been in suggesting powerful moments of intimacy without recourse to the act of touch.

Whilst facing the reality of lockdown and a suspension of our rehearsals and performances, the SLiDE Collective took to their local green spaces. They filmed themselves improvising in response to the feelings brought on by separation and covid crisis. An additional element in the film, animation, helps to connect all the performers and overcome this separation.

The audio description for this film was created by VocalEyes, and part-funded by an Arts Council National Lottery project grant (100 Videos Described)

An interview with artist Veronica Ryan, filmed in her Spike Island exhibition ‘Along a Spectrum’. Audio description by Louise Fryer for VocalEyes.

These courses designed for blind and visually impaired adults, will help you learn mindfulness, write poetry and gain more confidence in your writing skills. Beverley works in an inclusive and supportive manner.

For further information email [email protected] or see the website.

The film shown in the Visitor Centre Theater at Knife River Indian Villages National Historic Site. This moving account describes the life of the Mandan and Hidatsa tribes, as told by Buffalo-Bird Woman, one of the last Hidatsas born in the Knife River villages.

Have you ever wondered how is it possible that people can live in a perfect marriage? Listen to the introductory notes before watching the film and the story unfold.

This article marks the 355th anniversary of the Great Fire of London in September 1666.

Our selection of audio described TV programmes for the week ahead. Please note programmes are subject to change, correct at time of publication. This week’s highlight is Vigil – catch up with the first two episodes on iPlayer, then watch on Sunday 5th September, BBC1 9pm.

Pompeii: The Mystery of the People Frozen in Time, BBC4, 10pm

Secrets of the Museum, BBC4, 8pm

Fever Pitch: The Rise of the Premier League, BBC2, 9pm

A House Through Time, BBC2, 9pm

The Festival that Rocked the World, Sky Arts, 9pm

Image description: From the audio described film, Knowing Togetherness. Before a thick tapestry of green, a man is dancing, his arms outstretched. He smiles joyfully as an animated blue line circles around his body.